Rain over parts of Luzon, Metro Manila due to LPA — Pagasa 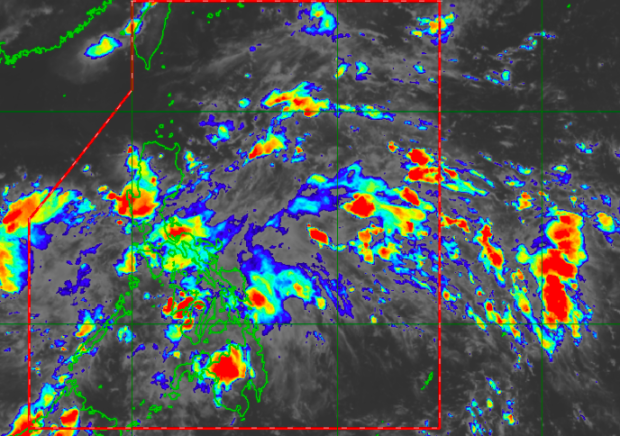 Weather updates from the Philippine Atmospheric, Geophysical and Astronomical Services Administration (Pagasa) on Tuesday afternoon showed thick clouds converging on the eastern part of the country, where the LPA is located.

Pagasa said that the LPA was last spotted 130 kilometers east northeast of Borongan, Eastern Samar.  The weather bureau does not expect it to intensify into a tropical depression; rather, it may dissipate in the next 24 hours.

The LPA’s effects are still expected to be felt on Wednesday, especially over Bicol Region and Mimaropa.  On the other hand, the rest of Luzon would have a fair weather, although short isolated rains may still occur.

Due to the LPA, temperatures over Legazpi and Tagaytay would be slightly lower at 25 to 31 degrees Celsius and 22 to 30 degrees respectively, while Metro Manila would have something between 26 to 32 degrees, Laoag and Puerto Princesa with 25 to 32 degrees, and Tuguegarao with 25 to 36 degrees.

No gale warning has been raised despite the LPA’s presence, as sea conditions would range from slight to moderate only.