Over P1-M worth of fake cigarettes seized in Zambales 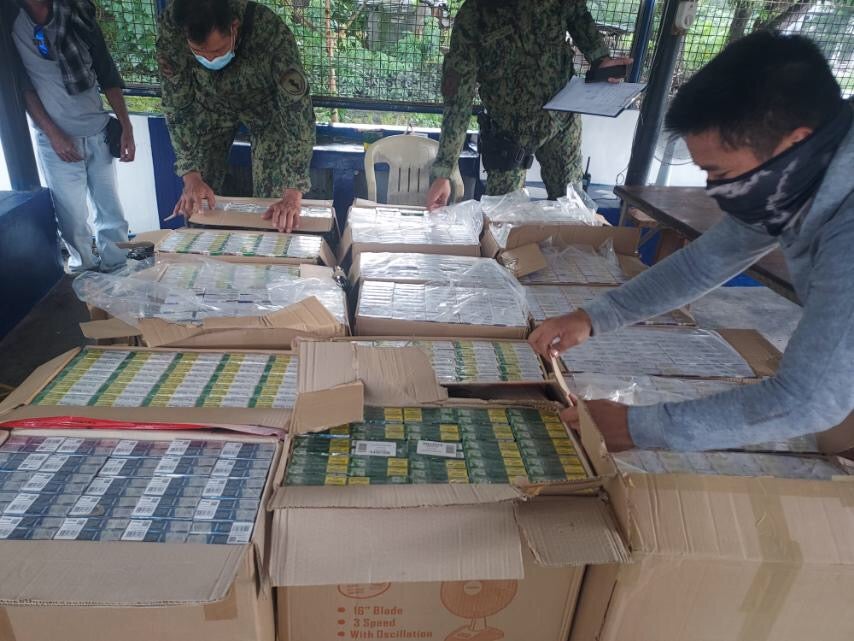 SAN ANTONIO, Zambales — Police in this province confiscated more than P1-million worth of fake cigarettes during a buy-bust operation along Zambales-Tarlac Road in Botolan town on Monday, July12.

According to police investigators, more than 30 boxes or 305 reams of assorted counterfeit brands of cigarettes such as Two Moon, Mighty and Fortune worth P1,195,400 were seized inside two vans.

Police arrested a married couple identified as Joryson Tawatao, 43; and Melody Tawatao, 41, along with their companions identified as Marlon Garcia, 42; and Felipe Valdez, 39.

According to Col. Romano Cardiño, Zambales police director, the products were set to be distributed in several stores in Botolan.

Cardiño said they were informed that the suspects have a warehouse in Pampanga province.

The suspects were placed in the custody of the Botolan Municipal Police Station and will face charges for violation of intellectual property rights.