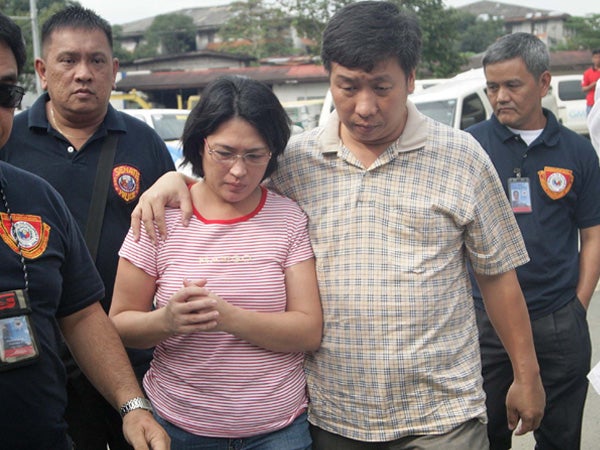 Baran, the housemaid who became the face of modern-day slavery after she accused her employers in 2012 of maltreating her, has attained her quest for justice as the Supreme Court affirmed the life term meted out on the couple who had physically abused her until she lost her vision.

In a 15-page notice, the high tribunal’s Second Division tossed out the appeal filed by spouses Anna Liza and Reynold Marzan, who were found guilty in August 2017 by a Quezon City judge of beating up and unlawfully detaining Baran for nearly three years.

The court upheld the two separate decisions issued by the Court of Appeals in 2019 that both rejected the petitions of the Marzan couple to acquit them.

It also increased to up to 40 years imprisonment the initial 14-year jail sentence handed down on Reynold for conspiring with his wife in committing serious illegal detention.

“The multiple injuries inflicted and suffered by [Baran] lend credence to her testimony that she got scared of Anna Liza and had no choice but to just remain still and suffer detention in silence,” the tribunal ruled.

The Public Attorney’s Office furnished a copy of the court’s Feb. 10 decision to the media on Wednesday.

The court ordered the dismissal of charges against Anna Liza following her death while in detention on June 22, 2020.

In finding Reynold as principal accused and not just an accomplice, the magistrates pointed out that he had directly participated in locking up Baran insider their house.

In addition, they also increased from P100,000 to P225,000 the total damages that Reynold should pay the victim for his offenses.

“Clearly, Reynold was not an innocent bystander in this case,” the court said. “In conspiracy, the act of one is the act of all.”

Then only 21, Baran’s ordeal hit the headlines in 2012 after she filed criminal charges against the Marzans for physically assaulting her and locking her up inside their house in Quezon City from June 2009 to May 2012.

Her face and arms visibly swollen, she narrated to the media how her employers stabbed her with a knife, hit her head with hard objects, singed her with a flat iron and forced her to eat dead cockroaches.

She said she eventually went blind after the Marzans repeatedly punched her face.