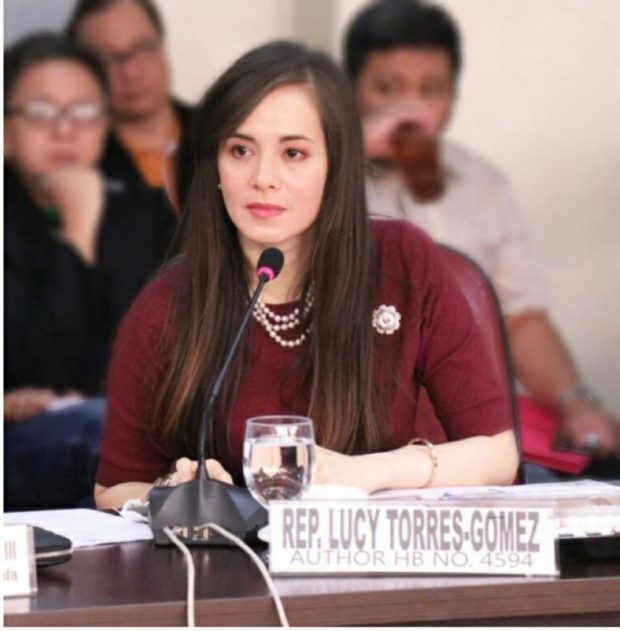 MANILA, Philippines – The next administration should have a strong anti-illegal drugs advocacy to sustain the gains that the government has achieved in terms of neutralizing high-level drug syndicates that pulled the plug on their continued operations, Leyte 4th District Rep. Lucy Torres-Gomez said.

The congresswoman pointed out the importance of sustaining the achievements made by the PNP and the Philippine Drug Enforcement Agency in the fight against prohibited drugs to ensure the long-term impact of their efforts.

“The next administration must similarly have a strong anti-illegal drugs program to continue the accomplishments made by the present administration. We cannot give up our fight to stop the thriving drugs industry, or else the lives and sacrifices of our men in uniform would all be for nothing. We have to honor their sacrifices by continuing their vision of having a drug-free Philippines,” Torres-Gomez said.

The lawmaker, however, said the campaign should be less intimidating and violent and resolutely ensure the protection of human rights, especially the rights of accused individuals.

Torres-Gomez cited the experience of Ormoc City, which she noted was previously called the drug capital of Eastern Visayas before the current leadership.

In 2016, when the new administration in the city of Ormoc took over, a no-nonsense anti-illegal drugs campaign was launched.

There were 110 barangay-police Anti-Drug Abuse Councils created to coordinate and carry out the city hall’s drug rehabilitation program.

A total of 58 buy-bust operations were conducted, which resulted in the arrest of 64 notorious drug dealers, pushers and users.

Ormoc City was subsequently named one of the safest city in the country in 2018 and 2019 by the PNP crime research and analysis center. It remains drug-free until today.

“The next administration could look at how Ormoc City was transformed from being a notorious drug haven into a drug-free metropolis. If the government sustains the anti-illegal drugs campaign, we can look forward to having more rehabilitated cities where residents feel safe, even during late nights, because they know they will not fall prey to the horrors that drug addicts inflict on their victims,” Torres-Gomez said.

No. 1 drug suspect in Ormoc City shot dead by cops