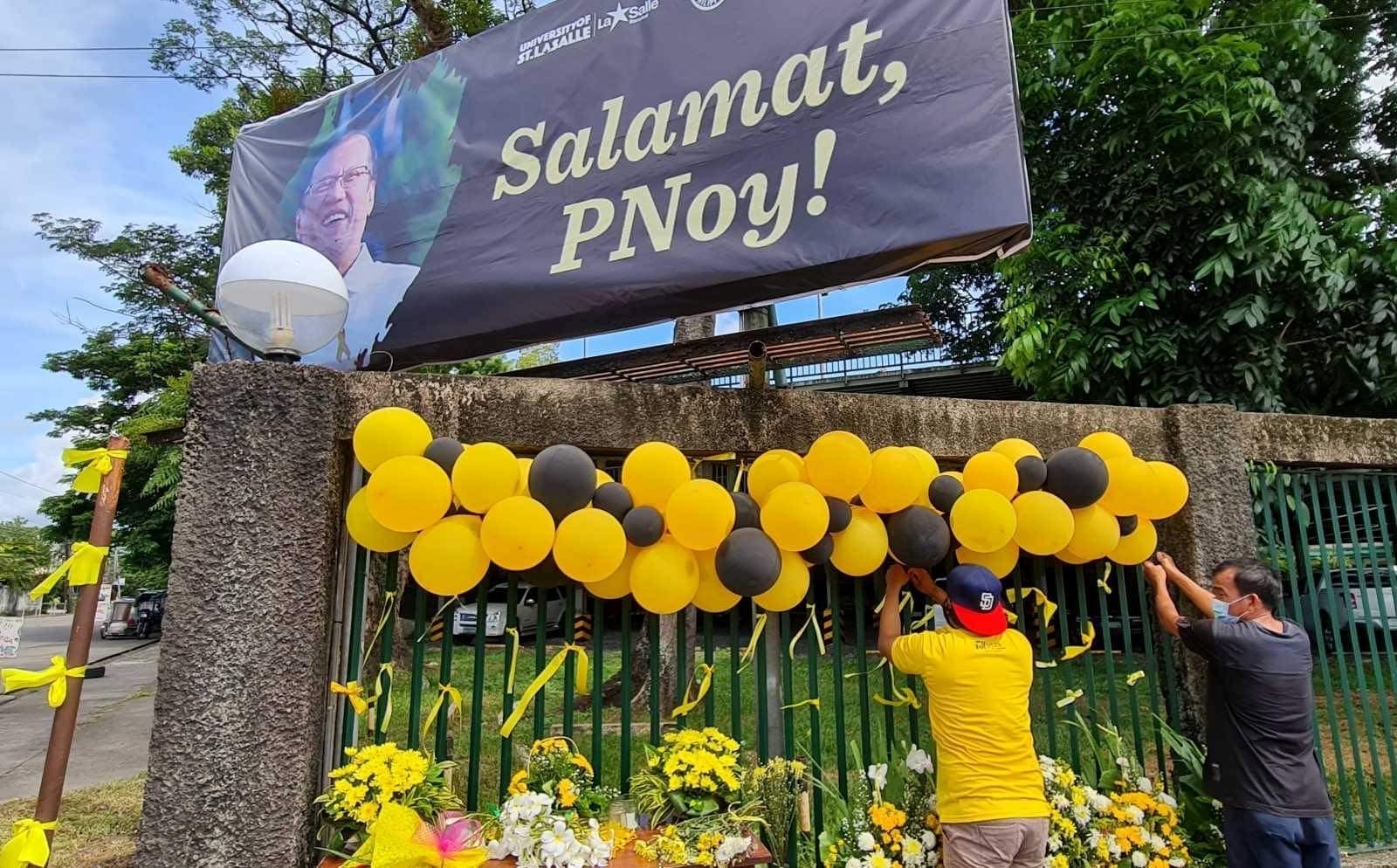 Officers of the University of St. La Salle and Bacolod residents offer flowers, and balloons, among others to express their gratitude to former president Benigno Aquino III in front of the university gate. (Photo courtesy of Nining Tinsay)

BACOLOD CITY – Residents of this city have placed yellow flowers, ribbons, candles, and balloons beneath a tarpaulin with the message “Salamat, PNoy!” in front of the University of St. La Salle (USLS) gate.

Brother Kenneth Martinez, USLS president, said Friday, July 9, that they put the tarpaulin up to thank former president Benigno Aquino III, who passed away on June 24, for his presidency and his contribution to education.

Martinez said the tarpaulin placed last week was the initiative of the university community and the De La Salle brothers.

He said flowers, ribbons, and candles, as well as yellow and black balloons, were offered.

Martinez said they put up the tarpaulin because they also wanted to say: “Thank you President Nonoy,  we will remember your battles against poverty, ignorance, and in service to your boss, the Filipino people.”

“It is a grateful gesture to a president who served his nation well,” he said.

The K to 12 program was among the signature contributions of  Aquino to education, Martinez said.

“President Aquino put the Philippines at par with the rest of the world that has a 12-year basic education framework,” he said.

“We, the De La Salle brothers who are into education, have a lot to be thankful for, and that is the reason why there is a tarpaulin in front of the USLS,” he said.

“We should have thanked him earlier and more often when he was alive. We pray that there will be more leaders that would continue to carry the torch for education,” he said.