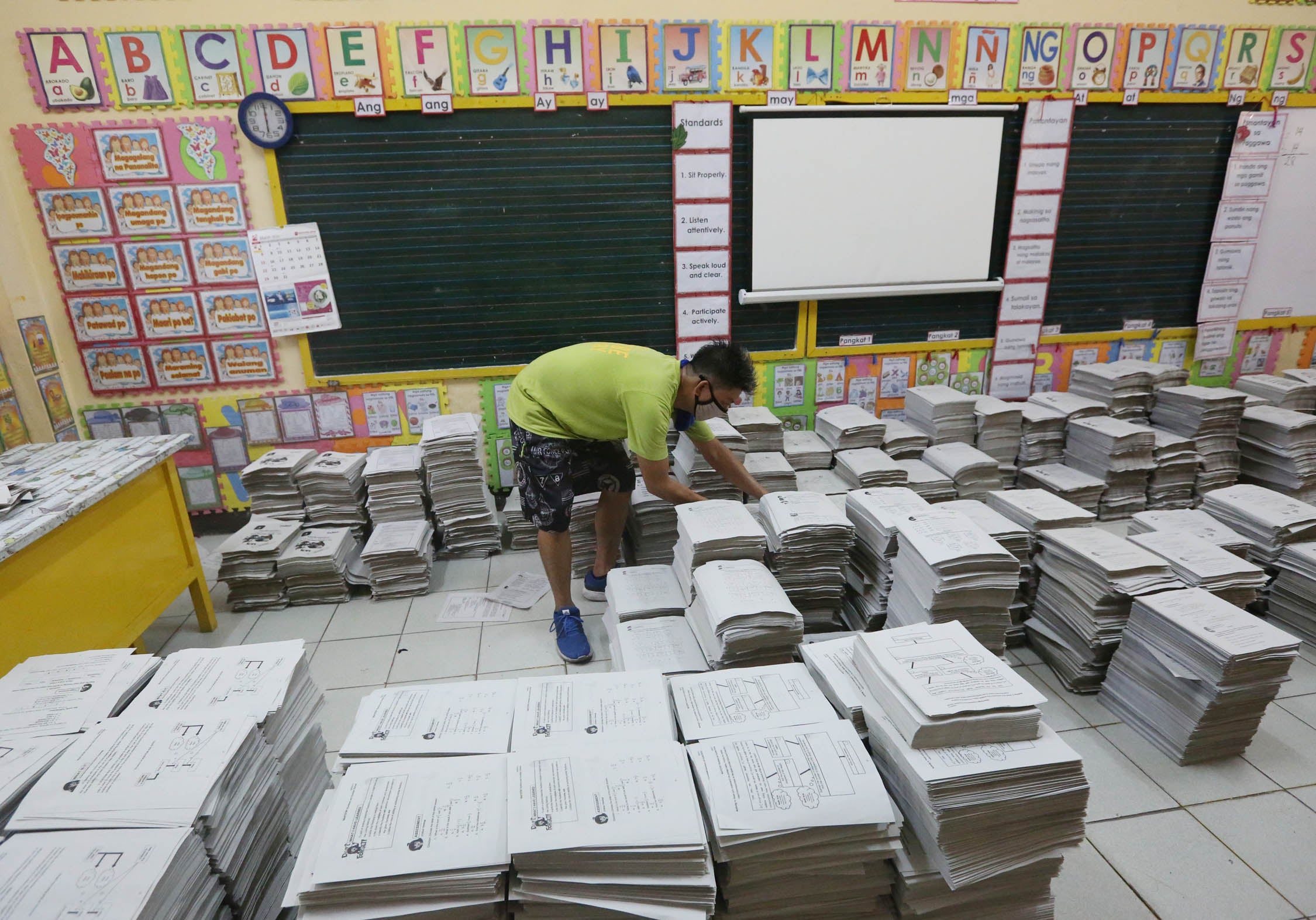 A teacher at Geronimo Santiago Elementary School in Manila sorts out self-learning modules for students who will study at home under the blended and online instruction format during the public health crisis due to the COVID-19 pandemic. —MARIANNE BERMUDEZ

MANILA, Philippines — The World Bank apologized Friday over its report indicating the poor performance of Filipino students, saying that the report was “inadvertently published earlier than scheduled.”

The World Bank issued an apology after the Department of Education (DepEd) demanded them to apologize over the report that, the education department said, “insulted” and “shamed” the Philippines.

“We deeply regret that the report on education was inadvertently published earlier than scheduled and before the Department of Education had enough chance to provide inputs,” the World Bank said in a statement.

“This was an oversight on our part, and we conveyed our personal apologies in our communication with the government. Recognizing the inadvertent release of the report, we have taken steps to temporarily remove it from the website,” it added.

The World Bank said that they have likewise reached out to Education Secretary Leonor Briones “and look forward to continuing our dialogue with the Department of Education on the opportunities and challenges in the education sector.”

“We are aware of the Department’s various efforts and programs to address the challenge of education quality,” the World Bank said.

“We agree with the Department that the issue of quality has a long historical context, and support its demonstrated commitment to resolve it decisively,” it added.

In the World Bank report, poor learning results were observed among students in the country as 80 percent of them fell below minimum levels of expected proficiency.

The report was based on three assessments the country previously joined — the Program for International Student Assessment in 2018, the Trends in International Mathematics and Science Study in 2019, and the Southeast Asia Primary Learning Metrics also in 2019.