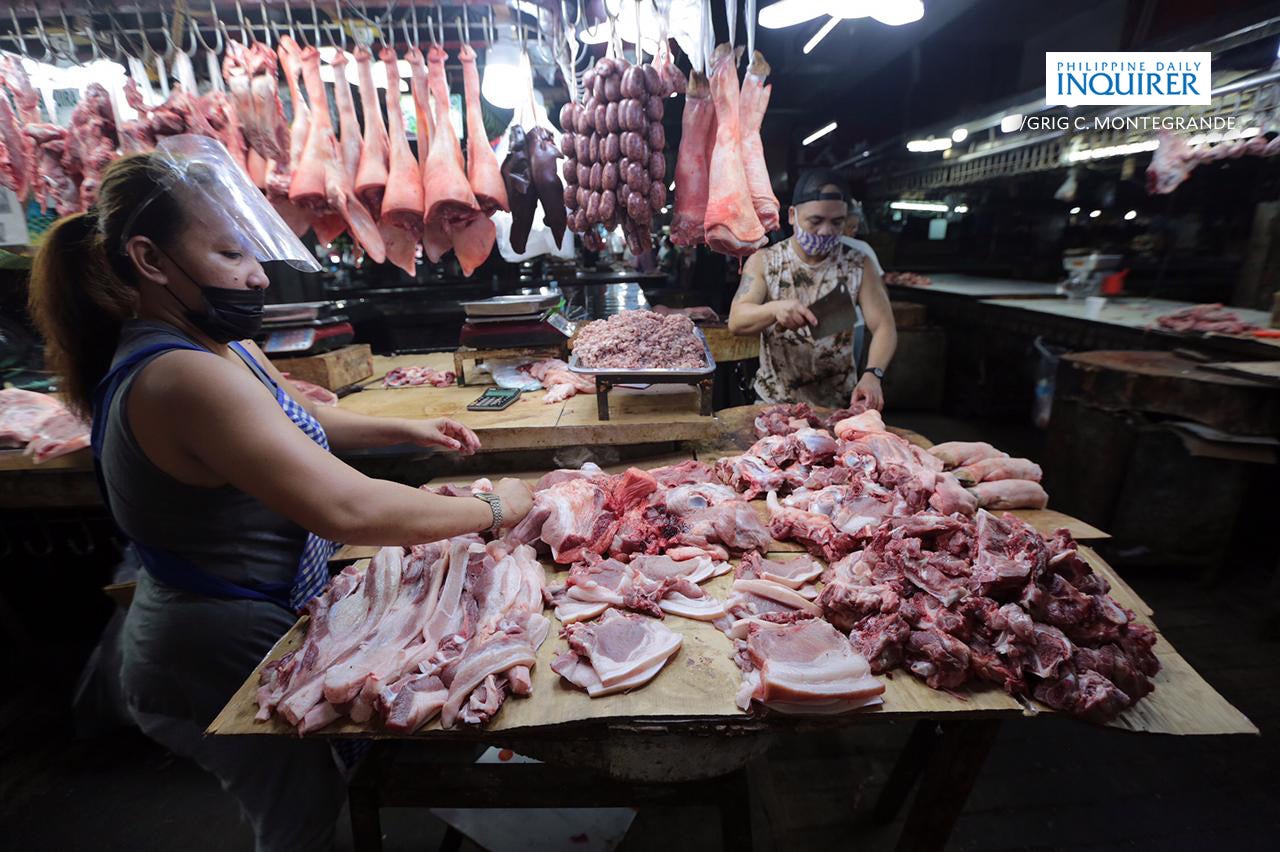 Equation No. 3: Billions of pesos in revenue loss is worth it.

But a wayward equation is messing up with the picture. 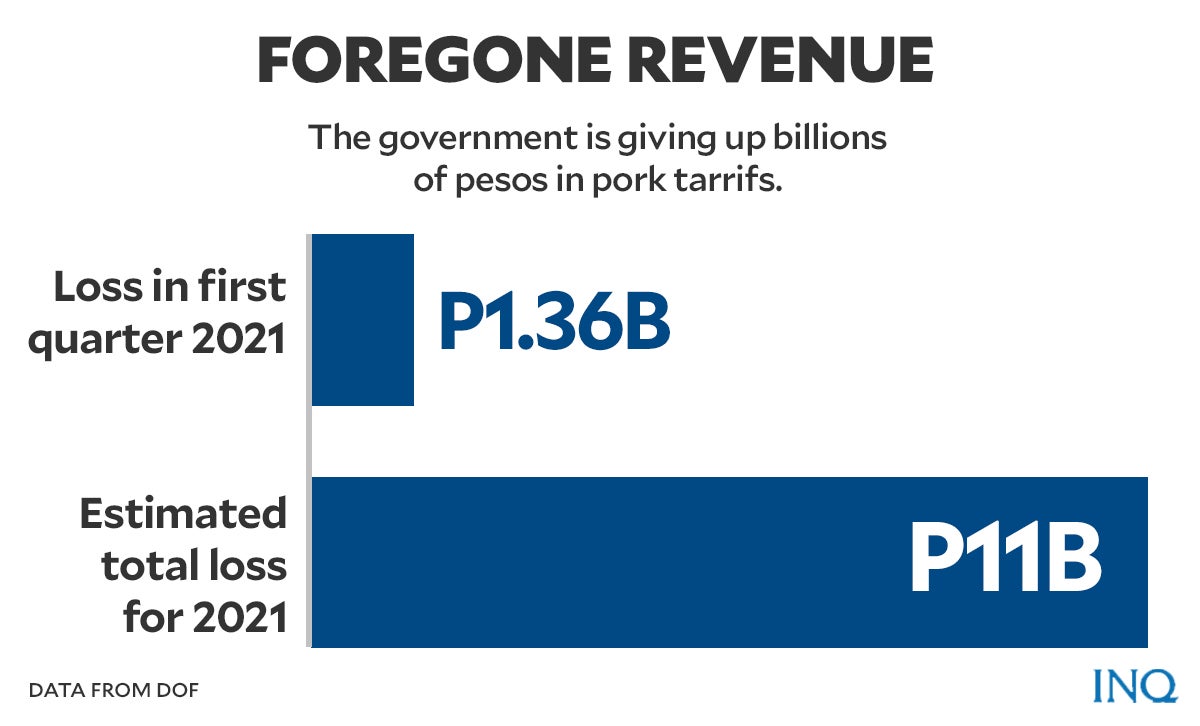 The impact of lower tariff and higher import volume of pork is being felt already, except where it’s supposed to have a beneficial effect—among consumers.

In a statement on Tuesday (July 6), Finance Secretary Carlos Dominguez III announced that in the first quarter of 2021 alone, the government lost at least P1.36 billion in revenue because of lower tariff for pork. 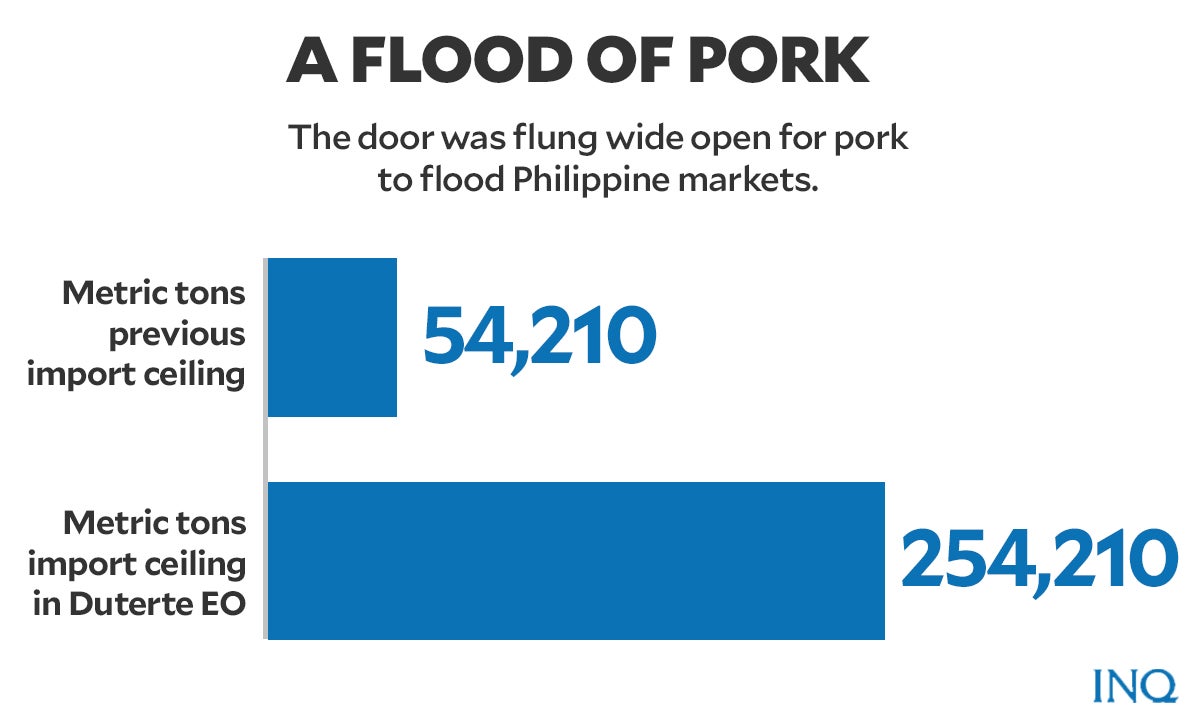 At least P11 billion in total loss was expected for the entire 2021.

As a result of lower prices, consumers were expected to generate at least P50.1 billion in savings, the Department of Finance (DOF) estimated.

President Rodrigo Duterte, last April 7, issued Executive Order No. 128 in response to the inflationary effects of pork prices. The EO lowered tariff on imported pork that fall within maximum access volume (MAV), the ceiling for importation, to 5 percent. Imports outside the MAV will be charged 15 percent tariff.

Last May 15, Duterte issued another EO, No. 134, to reduce tariff on imported pork within MAV to 10 percent for three months and 15 percent for the next nine months.

Tariff for imported pork outside MAV was reduced to 20 percent and 25 percent.

The ceiling, or MAV, for importation was also raised from 54,210 metric tons to nearly five times that—254,210. This led to howls of protest from local hog growers.

The objective of the tariff and import ceiling adjustments was singular—to bring prices down. But market numbers showed the measures have had barely any impact on costs.

To see the scale of price increase of pork, prices prior to the pandemic might be a good benchmark. 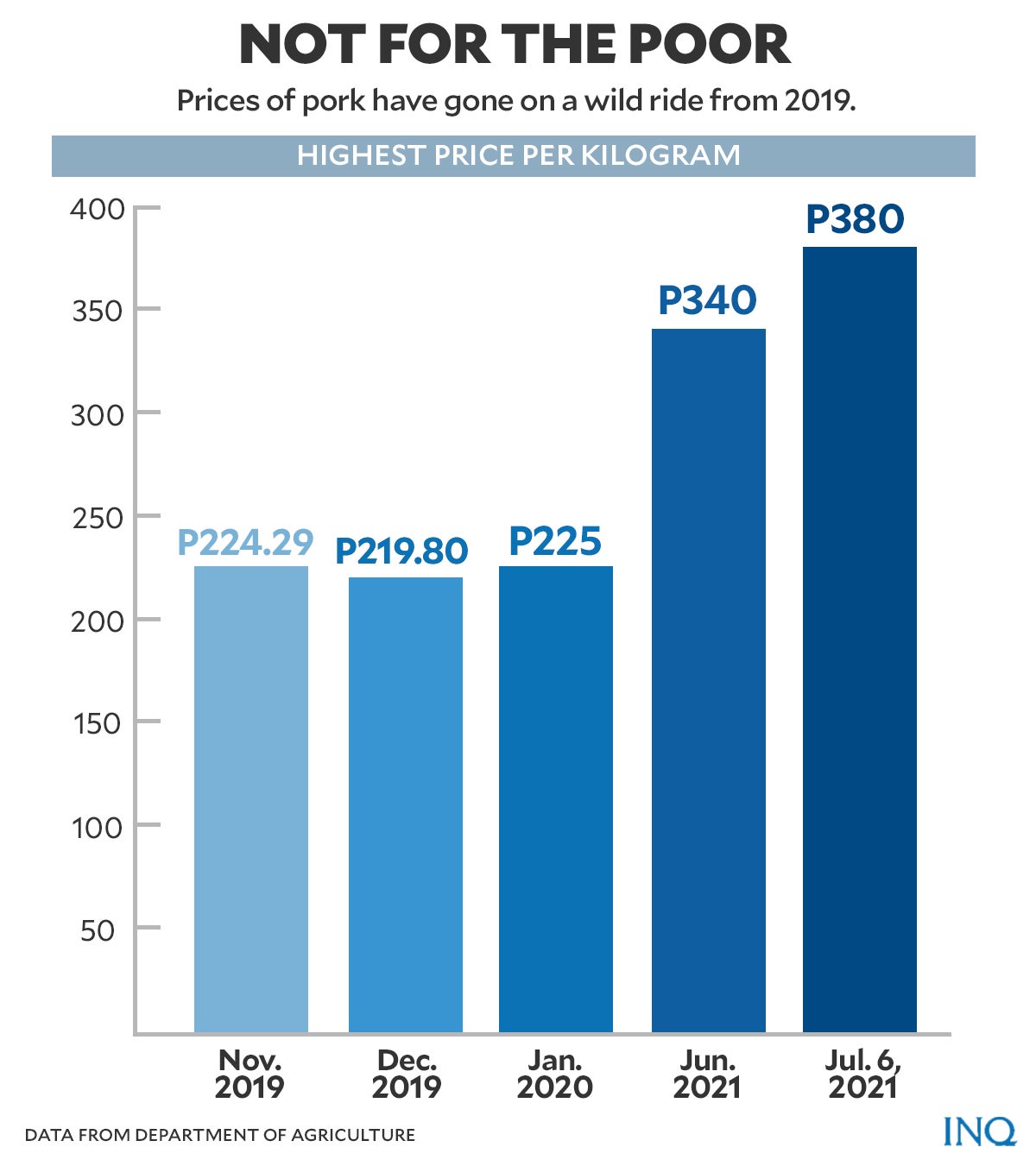 In November 2019, the Department of Agriculture (DA) monitoring showed pork prices were as high as P224.29 per kilo.

In January 2020, a short time before the pandemic struck, pork prices were as high as P225 per kilo.

By the end of that month, DA monitoring showed the highest pork price was P380 per kilo in markets in Metro Manila.

After the Duterte EOs, the price escalated to as much as P400 per kilo.

Last April 30, weeks after Duterte’s EO took effect, the cost of pork surged to as much as P420 per kilo.

Last May 14, when one of the EO’s effectivity lapsed, pork cost went as high as P400 per kilo.

Many consumers could ill afford the main ingredient for sinigang.