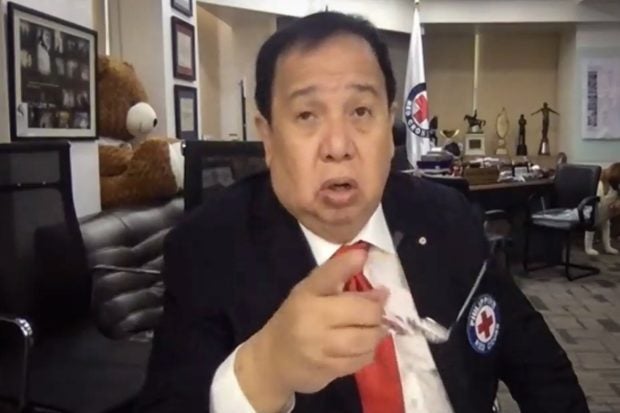 MANILA, Philippines — The Senate blue ribbon committee is looking into Senator Manny Pacquiao’s claims of corruption in government to see if there is “smoke and fire” behind the allegations before the panel proceeds with an investigation, its chairman said Wednesday.

“The current allegations hurled by Senator Pacquiao against several executive departments, like any other allegation made by any other colleague, must be taken seriously. But before we can even think of proceeding, the Blue Ribbon must know what it will be specifically investigating,” committee chairman Senator Richard Gordon said in a statement.

“It cannot go willy-nilly into any battlefield without knowledge of the what, the who, the how, the when, and the damage it caused the government. Unfortunately, we have yet to see the specificity of the allegations,” he added.

Gordon said he has, nevertheless, instructed his staff from the blue ribbon panel as well as from his own office to “get in touch with the authorities to find out whether there is “smoke and fire” that is right behind Pacquiao’s allegations of corruption.

“If there is basis, I will not hesitate to act and do what is right,” Gordon added.

Over the weekend, Pacquiao claimed that there was corruption in the use of an e-wallet application used by the Department of Social Welfare and Development (DSWD) to handle the social amelioration program (SAP) aid distribution.

Pacquiao said some unclaimed benefits were already labeled as received. The DSWD, for its part, said it will cooperate with any investigation.

Pacquiao said he would refer documents to the Senate blue ribbon committee to prove his claims that would start an investigation.

However, Gordon said he has yet to receive any request nor has any Senate resolution been filed asking his committee to probe Pacquiao’s allegations.

“Moreover, no documents have been shared with us. Nevertheless, I will not shirk from my duty and responsibilities as blue ribbon committee chairman,” Gordon added.

While the blue ribbon committee can call for a committee investigation on its own, Gordon stressed that he needs to “see the specific facts surrounding the alleged offenses committed.”

“In legal parlance, I need a bill of particulars to be fair to all concerned. The tremendous powers of the blue ribbon committee cannot be exercised in a cavalier fashion that could only lead to abuse,” he said.