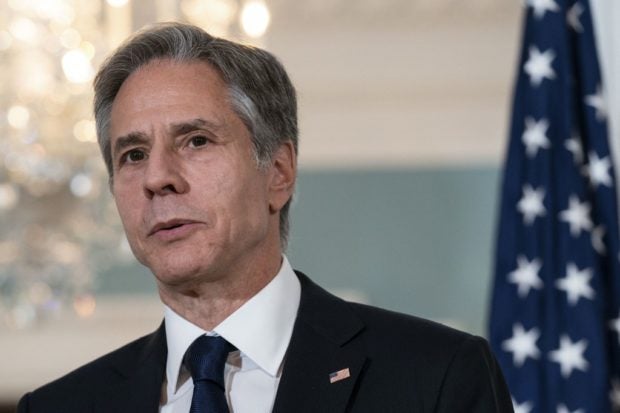 US Secretary of State Antony Blinken at the State Department in Washington, DC, on July 1, 2021. (Photo by KEN CEDENO / POOL / AFP)

WASHINGTON — US Secretary of State Antony Blinken met Tuesday with Uighurs who survived internment camps in China’s Xinjiang region, in a bid to promote human rights and highlight Beijing’s “genocide” against the Muslim minority group.

The purpose was to help show US commitment to “calling for an end to the People’s Republic of China’s ongoing crimes against humanity and genocide against Uighurs and members of other ethnic and religious minority groups in Xinjiang,” Price said.

“The United States will continue to place human rights at the forefront of our China policy and will always support the voices of activists, survivors, and family members of victims who courageously speak out against these atrocities.”

Price did not name the meeting participants.

Rights groups believe at least one million Uighurs and other mostly Muslim minorities have been incarcerated in camps in the northwestern region, where China is also accused of forcibly sterilizing women and imposing forced labor.

Beijing has strongly denied the allegations and says training programs, work schemes and better education have helped stamp out extremism in the region.