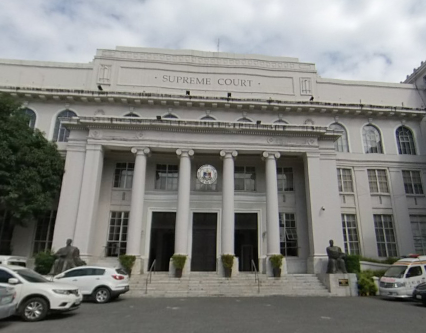 MANILA, Philippines — A disgraced magistrate of the Sandiganbayan, who was sacked in 2014 for corruption in fixing an earlier criminal case of convicted plunderer Janet Lim Napoles, has won a reprieve from the Supreme Court.

In what it called “a measure of mercy,” the high tribunal partially granted the appeal for judicial clemency of dismissed Associate Justice Gregory Ong as it reinstated his retirement benefits and full pension as a former magistrate.

Voting unanimously, the court also lifted the perpetual ban from holding any government post that it meted out on Ong, a fraternity brother of President Duterte.

However, the court forfeited two-thirds of his lump-sum benefits as a penalty after Ong, 68, was found guilty of “gross misconduct, dishonesty and impropriety” in September 2014, becoming the first Sandigayan justice dismissed by the Supreme Court.

“Ong’s demonstration of remorse and reformation, along with his dire state, compels us to mitigate his penalty,” read a portion of the 12-page decision authored by Associate Justice Marvic Leonen.

“Here, Ong was remorseful in his conduct and has accepted the verdict laid down on him. In his plea, he professes that he respects and accepts the wisdom of the decision, and that he understood the gravity and consequences of his acts,” it said.

“Humanity calls us to show benevolence and compassion to those deserving, but this court has a greater duty toward justice and fairness.

Thus, his plea is granted only in part,” it added. The ruling was promulga­ted on Jan. 19 and the court did not explain why it took nearly six months to disclose it to the public.

The media was informed about the decision only on Tuesday, a day after the Sandiganbayan’s Special First Division exonerated Sen. Ramon “Bong” Revilla Jr. in all the 16 graft cases in connection with the misuse of P224 million of his pork barrel allocations.

In December 2019, Revilla was acquitted in a separate plunder charge, but was directed by the Sandiganbayan to return P124.5 million to the state coffers as civil liability, an order he has yet to comply with.

Napoles, the main proponent of the P10-billion pork barrel racket, and Revilla’s political aide, lawyer Richard Cambe, who died inside the state penitentiary three months ago, were sentenced to up to 40 years in prison.

In partially granting Ong’s plea, the magistrates took note of his medical condition and financial state as he had to undergo an operation and chemotherapy after his prostate cancer recurred.

They also gave weight to the testimonies of several individuals, including retired Supreme Court Associate Justice Jose Perez, who all spoke highly of Ong. “With the second chance given him, this court will expect much from Ong.

We hope that he will not disappoint,” the magistrates said.

But the high court stressed that it did not mean that Ong, who told the court that his dismissal from the judiciary made him a “remorseful and better individual,” had been absolved of his transgressions and that his unlawful acts were condoned.

Clemency, it explained, was not tantamount to “blind acceptance or tolerance of a wrongful act.”

“Thus, any act of clemency should not revisit a decision that has already become final. A plea for clemency is not a legal device to reconsider a judgment and reopen a case,” it maintained.

“While this court is mindful of its duty to discipline its officers, concomitant to this duty is the willingness to extend mercy to those who have rectified their errors and mended their ways,” the magistrates said.

In October 2013, then Chief Justice Maria Lourdes Sereno ordered an investigation of  Ong’s ties with Napoles after pork barrel scam whistleblowers Benhur Luy and Marina Sula identified him during a Senate hearing as the businesswoman’s “contact” in the Sandiganbayan.

Retired Supreme Court Associate Justice Angelina Sandoval-Gutierrez, who headed the investigation, concluded that Ong allowed himself to be used by Napoles in evading prosecution in the criminal cases she was facing in the Sandiganbayan.

In its Jan. 19, 2021, ruling, the court said “the totality of the circumstances of Ong’s association with Napoles revealed his ‘corrupt inclinations’ that tarnished the judiciary’s image.”

“It gave credence to the whistleblowers’ testimonies that Napoles was referring to Ong as her contact in the Sandiganbayan as they had seen him visit their office,” it said.

In 2010, Ong was the chair of the antigraft court’s Fourth Division, which cleared Napoles of malversation of public funds in connection with the questionable purchase of P3.9 million worth of Kevlar helmets by the Philippine Marines.

Ong, who denied that he knew Napoles while she was standing trial in the Kevlar helmets case, admitted that he visited Napoles twice in her office in Pasig City in March 2012.

He claimed that he only wanted to thank Napoles for supposedly helping him access the robe of the Black Nazarene after he was diagnosed with prostate cancer.