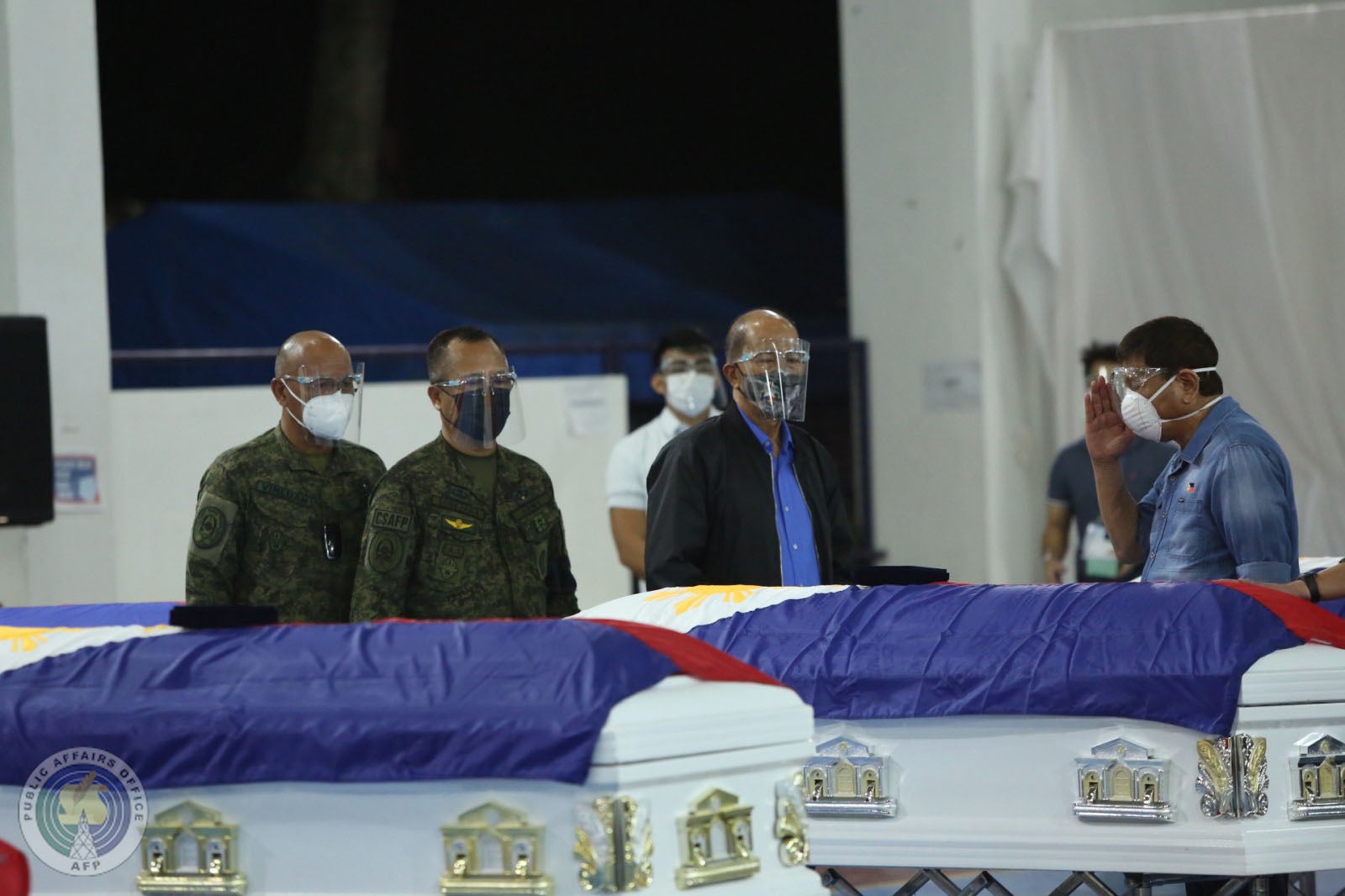 President Rodrigo Duterte pays his final respects to some of the fallen soldiers from the deadly plane crash in Sulu. AFP PAO

MANILA, Philippines — President Rodrigo Duterte has conferred the Order of Lapu-Lapu on military personnel, who were killed or wounded, in the C-130 crash in Sulu province.

Duterte first visited the wounded soldiers then headed to the wake of those who died in a Zamboanga City military camp on Monday (July 5).

The President posthumously awarded medals, placing these on the coffins of the dead draped with the Philippine flag.

The Order of Lapu-Lapu is handed over to persons in government or private sector who have rendered extraordinary service or have made exceptional contributions to the success of the President’s campaign or advocacy.

“The AFP is grateful for the President for honoring our soldiers’ courage, bravery, and dedication to their sworn duty in pursuit of a lasting peace and development for our nation,” said Armed Forces of the Philippines chief Gen. Cirilito Sobejana.

The plane crash killed 50 of 96 soldiers on board and three civilians outside the plane. Dozens were injured.

Troops have found the plane’s black box, which was expected to shed more light on the deadly accident.

A technical team of experts is already in Sulu to investigate.