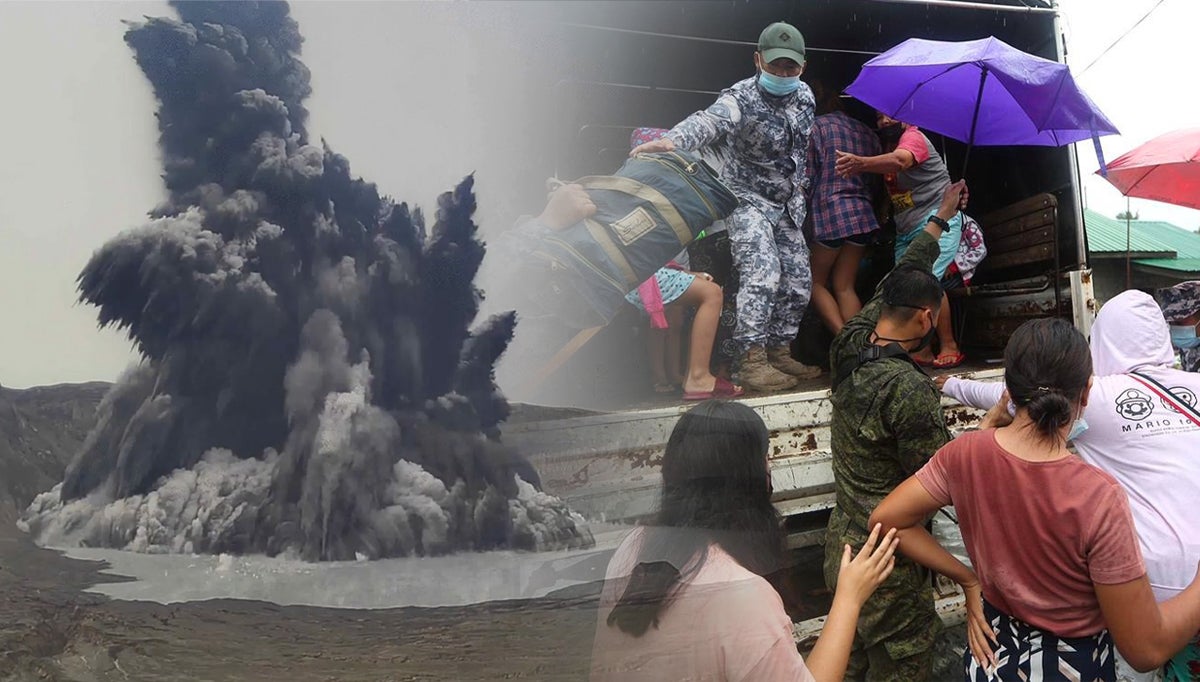 MANILA, Philippines—After the explosion of Taal Volcano in 2020, the government said it has plans to relocate residents in high-risk areas to “prepare for the worst”.

Cabinet Secretary Karlo Nograles said around that time that with the volcano’s “phreatomagmatic eruption,” the government will relocate families residing in communities that have felt the effects of the explosion.

“Basically, we’re preparing for the worst. We anticipate everything,” Nograles said in mixed English and Filipino.

“So, the way the government works is we try to anticipate everything, create contingency measures, whatever contingencies may come,” he said.

Days later, President Rodrigo Duterte approved the relocation plan for more than 5,000 families from the towns of Talisay and San Nicolas in Batangas – areas inside the Taal Volcano Island (TVI) which are considered part of the 7-kilometer-radius danger zone.

His spokesperson said that the government will give a total of 5,448 housing units in the provinces of Batangas, Laguna, Cavite, and Quezon.

Because of the damage left by the explosion, Interior and Local Government Secretary Eduardo Año said that his department will propose a “permanent ban on human settlement within the 14-kilometer-radius danger zone.”

In the midst of the disaster in 2020, Año repeatedly asked the public to stay away from the danger zone, saying that they should “not risk their safety and their lives”. 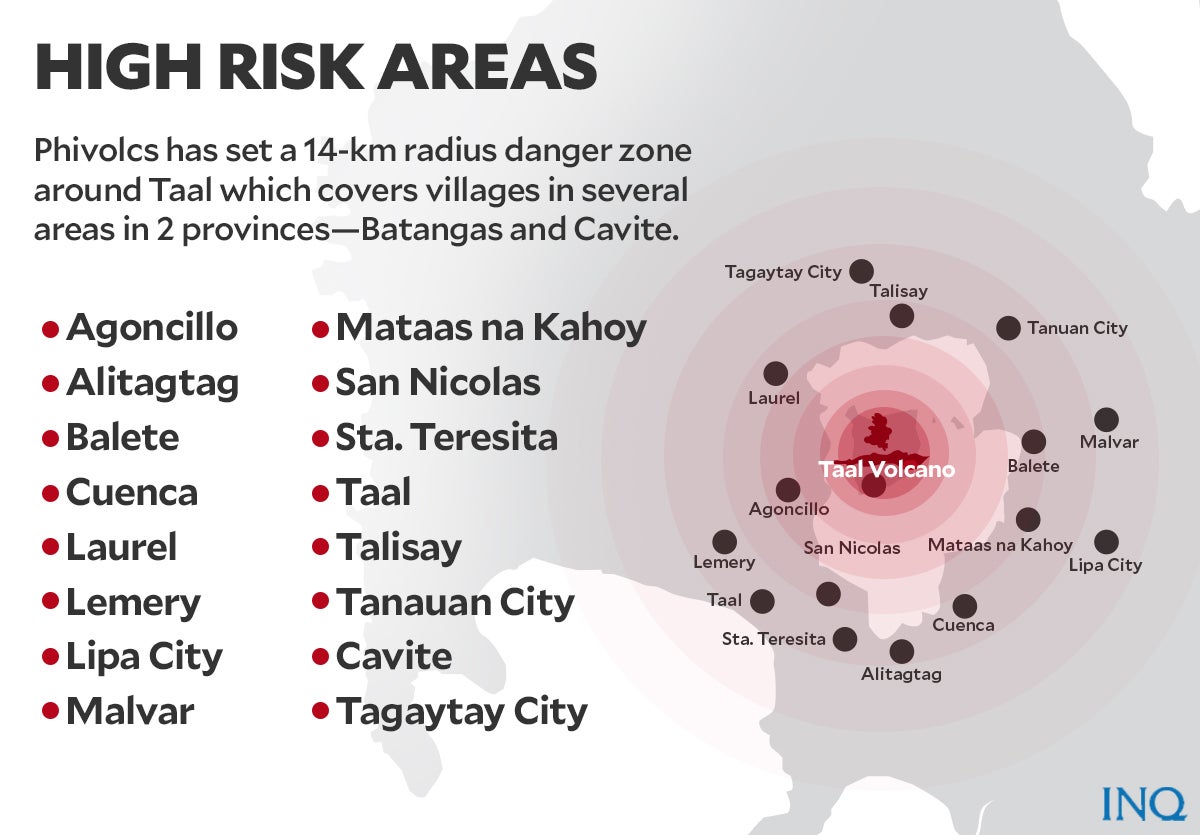 Data from the United Nations Office for the Coordination of Humanitarian Affairs showed that 459,300 individuals are residing inside the danger zone. This means that almost 500,000 residents will be relocated once the “permanent ban” is imposed. 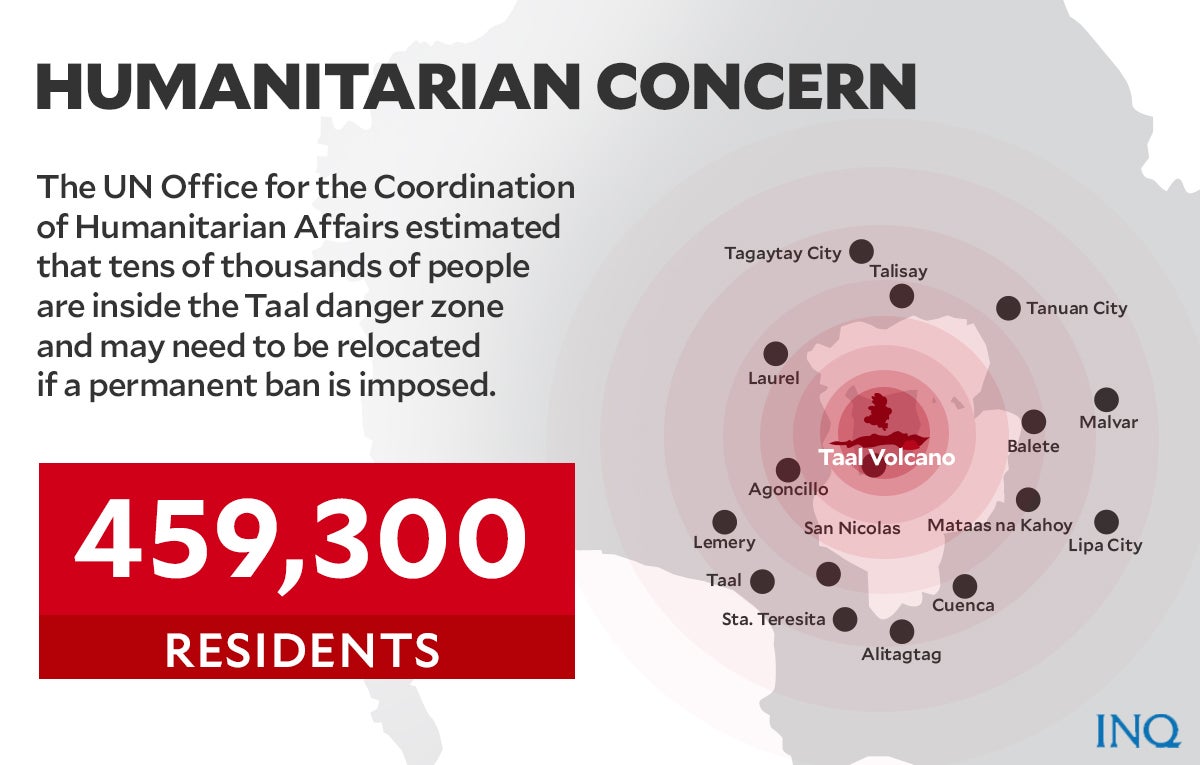 The TVI is a no man’s land, the government said, noting that it is not fit for habitation. For many individuals who considered it home, however, the island is where they can make ends meet.

For years, communities in Batangas, especially those near the volcano, made a living out of fishing, tourism, and agriculture.

On its website, the provincial government of Batangas said that in 2015, its aquaculture had a 73,244.30 metric ton production and that 3,897 hectares of land were used for the production of 133.10 metric tons of coffee.

Explaining why some people still choose to live near a volcano despite the threats it might bring, the National Geographic said that “soil near active volcanoes is often rich in mineral deposits and provides excellent farming opportunities.” 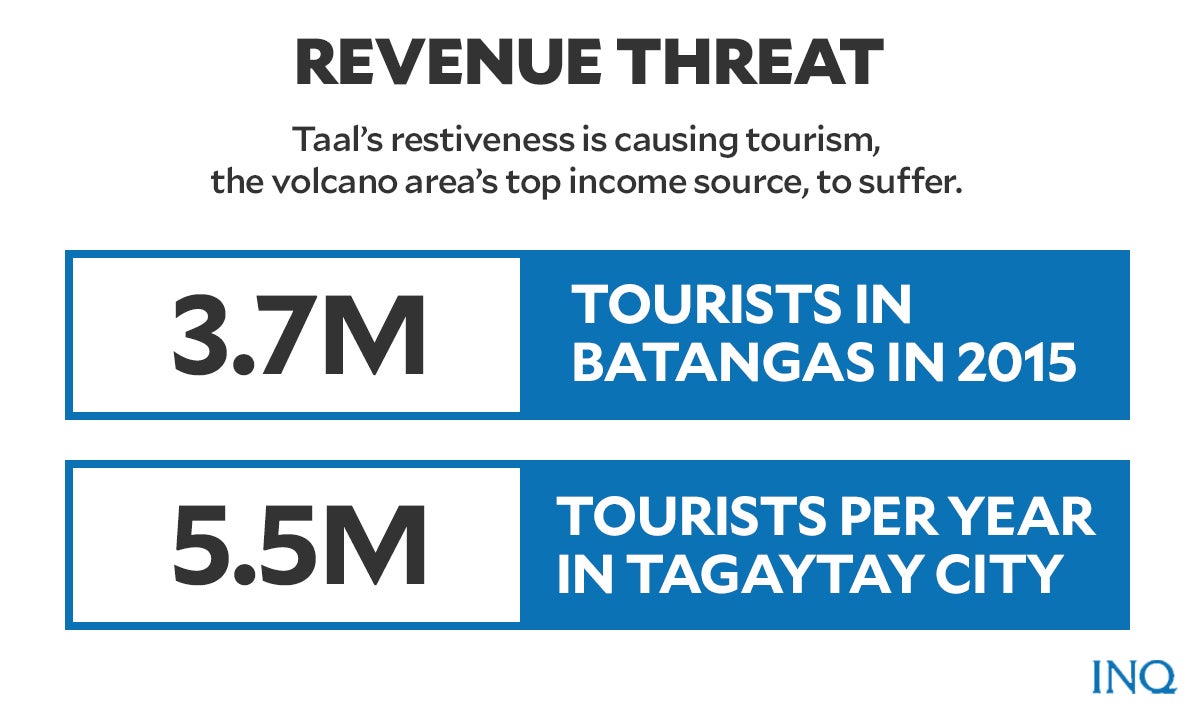 “Lots of people visit volcanoes each year, so jobs often pop up nearby in hotels, restaurants, gift shops, and as tour guides. And some people simply do not have the financial resources to move,” it added.

In Tagaytay City – a town in Cavite that is part of the 14-kilometer-radius danger zone – 5.5 million tourists flock per year to have a look at the volcano.

The provincial government of Batangas exerted efforts to keep residents safe from Taal Volcano’s restiveness. It said in 2020 that it will relocate 10,000 residents from the island to a facility in Ibaan town.

Residents from Alas-as and Pulang Bato in San Nicolas town were brought to the housing units built by the National Housing Authority.

The provincial government said that it prepared livelihood programs to give the displaced residents a source of income.

A year after the proposal was made, Taal Volcano, once again, exploded, directly threatening at least 14,000 residents in barangays Banyaga, Bilibinwang, Bugaan East, Buso-Buso, and Gulod – all in Agoncillo and Laurel towns.