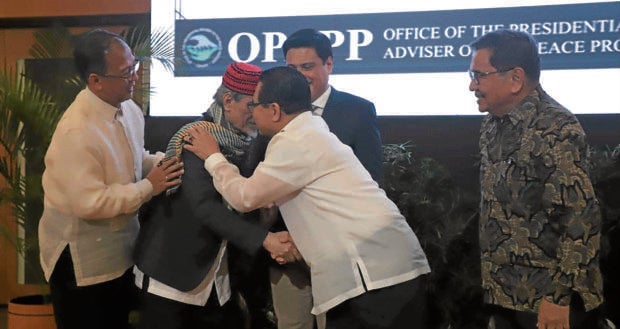 As agreed, the exit agreement will be executed by the parties upon the achievement of all commitments set in the Comprehensive Agreement on the Bangsamoro (CAB) which was signed on March 27, 2014.

The commitments of each side under the CAB are categorized into the political and normalization tracks. The political track mainly involves the establishment of the Bangsamoro autonomous region, which was done in 2019, and its operationalization.

Most of the commitments that require extended time relate to normalization, especially decommissioning and the efforts to transition former combatants into productive civilian lives, said Diciano, who chairs the government panel overseeing implementation of the CAB.

Instead of keeping in step with the political track, per agreement, Diciano admits that the persistence of the coronavirus pandemic has heavily weighed down the achievement of normalization targets.

Diciano said the same challenge also faced the MILF’s implementation of its part of the peace bargain.

Diciano is confident the process can finally kick off this August.

“We wanted to provide them a good package that can suffice for their needs of rebuilding their lives as they go back to mainstream society,” Diciano explained.

Of the projected P40 billion needed for decommissioning, the government has so far spent close to P5 billion, covering 12,145 former combatants with 2,100 weapons put beyond use.

Even with the extended time required to pursue normalization activities, OPAPP assistant secretary Wilben Mayor is confident both parties will persist in upholding their partnership.

He also expressed confidence that the country’s next president would continue to implement the CAB.

“No leader would want to see violence and conflict. Every leader desires peace,” Mayor said.