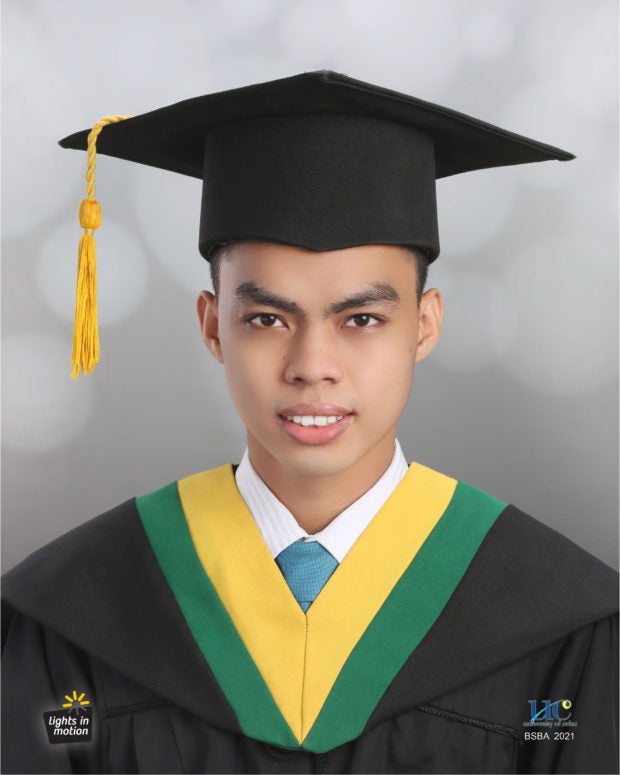 Hemeniano “Hemenz” L. Luzada Jr., a 25-year-old student from University of Cebu – Main Campus, fulfilled his dream of graduating from college with the help of his family and friends after his sudden death last June 25, 2021. Image: Courtesy of Vanesa Encila/Facebook

The family and friends of a 25-year-old college student from Cebu, who died in his sleep, honored his hard work and fulfilled his long-held dream to graduate from college.

Hemeniano “Hemenz” L. Luzada Jr. of Barangay Libjo in Tabogon town was to earn a degree in Bachelor of Science in Business Administration Major in Financial Management from the University of Cebu – Main Campus this July 2021.

However, there was no official date yet for his graduation before he passed away peacefully in his sleep last June 25, 2021. Luzada is survived by his parents and five siblings.

A tearful video of Luzada’s graduation ceremony was posted on Facebook by his friend Vanesa Encila, which was held and filmed at his home during the last night of his wake on Saturday, July 3.

In an interview with INQUIRER.net, Encila shared how they personally organized the commencement ceremony to fulfill her friend’s dream to finish college despite his sudden death. She said that they rented a toga (graduation robe) to also fulfill Luzada’s dream of having a picture together with his family as he graduates. 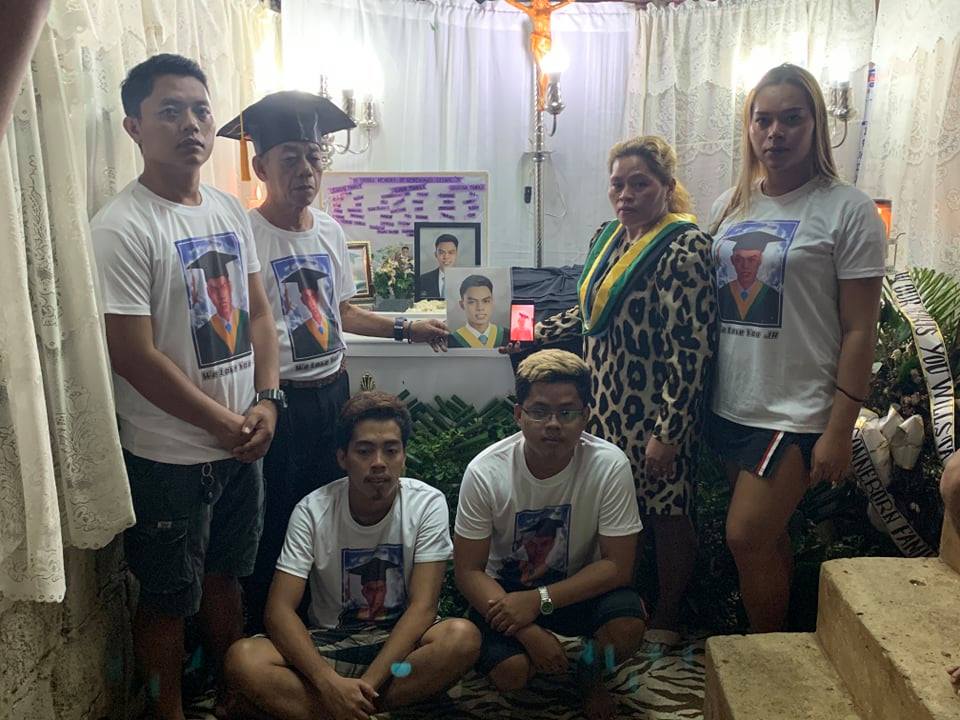 Family members pose for a photo beside Hmeniano “Hemenz” L. Luzada Jr.’s coffin during the last night of his wake on Saturday, July 3. Image: Courtesy of Vanesa Encila/Facebook

“One of his dreams is to make his parents proud that he graduates. Of their siblings, he was the first to earn a degree, that was why he was so happy and he wanted to bring his parents to the stage,” Encila said.

“[Noong] nabubuhay pa po siya, gusto niyang makapagpapicture kasama ang family niya sa kanyang graduation at [pati na rin] sa akin (When he was still alive, he wanted to have pictures with his family at his graduation as well as with me). I remembered his dreams po kaya tinupad ko po yung mga plans niya kahit wala na sya (so I fulfilled his plans even though he is already gone),” she recalled.

Luzada may still be young – he would have turned 26 on Aug. 22 – yet he had big dreams for himself and his family. At 17, he started working as a fast-food service crew to help his family and to support his education. He was supposed to celebrate his nine years in service this coming July 16.

(His being a hardworking person. In times when I was very tired, as I was also a working student, he was the one who pushed me to carry on so that I could graduate.)

She also described Luzada as a jolly, funny and optimistic person. Whenever there was an event at their home, she said it was Luzada who led them and gathered all members of his family so they could bond.

“Hardworking, McDo crew, Grab driver, while at the same time, he is studying. He has no vices,” Encila continued with her fond memories of Luzada. 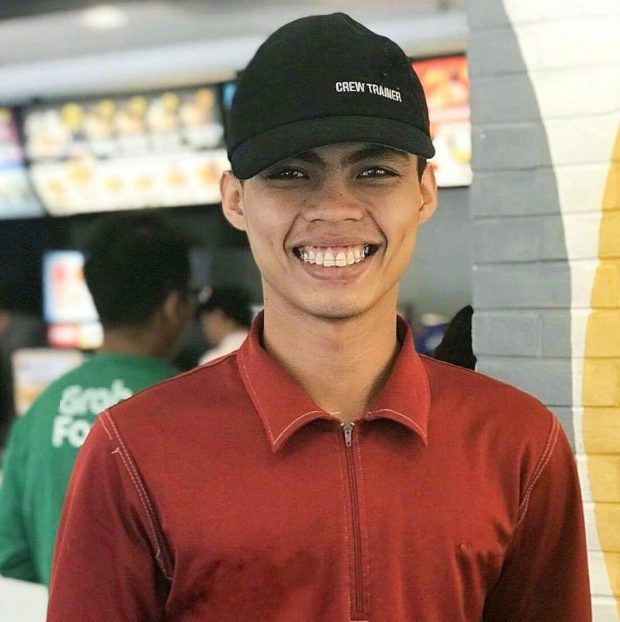 Encila added that Luzada recently joined a riders’ club called Mio i 125 – MIMC as he loved to do rides while also wanting to help others through their charity riding events.

Still in anguish after losing her friend, Encila admitted that until now, she still could not believe that Luzada is gone.

Asked if she knew of Luzada’s medical history, Encila said, “He was healthy, but I think [his sudden passing] may be caused by his exhaustion, stress and lack of sleep.”

“Your image, shadow, sound and touch will always be felt. We love you and cherish every memory that you left us. Your memories will remain in our hearts. Ride safe,” Encila said as her parting message to Luzada, who was laid to rest last Sunday, July 4.

Meanwhile, netizens were moved by the video of Luzada’s arranged graduation ceremony and expressed their condolences to his family. As of this writing, the video has garnered over 33,000 views, 2,900 reactions and 982 shares online.  /ra