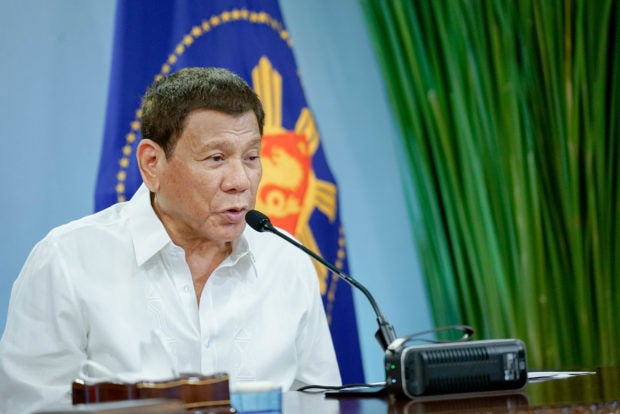 MANILA, Philippines — The government will extend assistance to wounded soldiers and the family of personnel who died in the Philippine Air Force C-130 plane that crashed in Patikul, Sulu over the weekend, President Rodrigo Duterte assured on Monday.

Duterte mourned as he visited the Western Mindanao Command in Zamboanga City to honor the soldiers who died from the plane crash.

“To the officers and men of the Armed Forces of the Philippines [AFP], this is a very sorrowful event and kung ano yung nasa puso ninyo, ganun rin ako,” Duterte said in a speech, addressing soldiers.

(To the officers and men of the Armed Forces of the Philippines, this is a very sorrowful event and whatever is in your heart, it’s the same as mine.)

“A life of a soldier is always valuable. Whether in the field so fighting or events such as this. They died for our country. And for that, I am very grateful to those who died and those who suffered and are still suffering now,” he added.

The President vowed to extend assistance to the wounded soldiers and to the family of those who perished in the accident.

“Gusto ko lang malaman ninyo na we will extend all help. At yung ibang medyo na-ano yung extremities nila, that we will have the prosthesis and all,” Duterte said.

(I want you to know that we will extend all help. To others whose extremities were affected, we will provide the prosthesis and all.)

“Dito sa panahon ko, I assure you that I will add more benefits for your family. What is very important is the family that you leave behind will have the same privileges and importante dyan ang eskwela. Maakabot naman ng kurso sa kolehiyo,” he went on.

(During my time, I assure you that I will add more benefits for your family. What is very important is the family that you leave behind will have the same privileges and an important thing is education. To have your kids reach college.)

Duterte went on to promise that he would allocate more money to the AFP before his term as president ends.

(What I want to leave is to give a huge amount of money to the  Armed Forces of the Philippines. That’s the only thing I can do for my soldiers, especially those who have died. That their families will be protected. Their families will be comfortable and their daily living and education of the children will be assured.)

“Again, I commiserate with you. I am as sorrowful as you. As commander in chief, ako yung pinaka nasasaktan. I am at a loss of words so I will end here. Or else I will end up crying also like you,” he added.