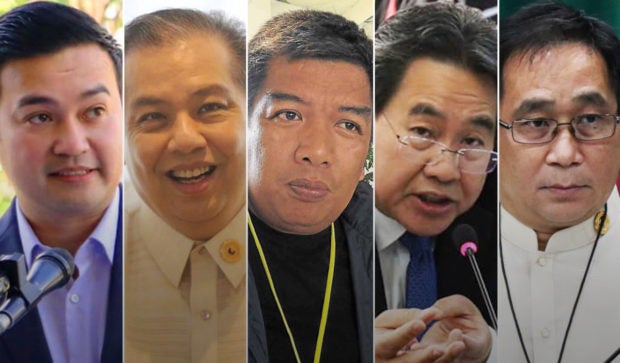 MANILA, Philippines — Some lawmakers mourned on Monday the death of at least 50 people, including military men, in a C-130 aircraft crash in Patikul, Sulu, over the weekend.

“There are simply no words that can be said to console those left behind by our brave military personnel, as well as the three civilians who died as a result of this disaster,” Speaker Lord Allan Velasco said in a statement.

Velasco vowed to push in the House of Representatives the inclusion of the Philippine Air Force’s (PAF) modernization in the proposed 2022 national budget.

“I can only give my word that we in the House of Representatives will include in the 2022 budget the modernization of the PAF’s fleet as well as ensure the proper training of personnel in handling modern equipment,” he added.

Velasco likewise urged the Armed Forces of the Philippines (AFP) to conduct an investigation on the plane crash as he also called for a review of PAF pilots’ protocols as well as an inquiry on the safety of runways around the country, especially in the provinces.

House Majority Leader Martin Romualdez, meanwhile, said full government assistance and benefits should be extended to the loved ones of the victims.

“The House of Representatives will wait for a full report from the Defense Secretary who ordered an investigation on this tragic incident,” Romualdez said.

“After receiving the report, rest assured that we will exhaust all means possible to make sure that our soldiers and men in uniform are safe from harm and their welfare protected,” he added.

For his part, Deputy Speaker Rufus Rodriguez requested from the AFP a list of victims from his jurisdiction in Cagayan de Oro.

“It is with deep sadness that this tragedy took the lives of many young soldiers and injured dozens, most of whom are residents of Cagayan de Oro and Misamis Oriental,” Rodriguez said.

Deputy Speaker Mujiv Hataman and Magdalo Rep. Manuel Cabochan said the incident was “tragic” and a “loss to the country.”

(Those soldiers were supposed to go to Sulu to join and take part in the fight against terrorism, but, unfortunately, died in an accident. We can already consider them heroes who sacrificed their lives for the country.)

“It is, indeed, a tragic loss for the country most especially to the military which has suffered another crash incident in a matter of days,” Cabochan said.