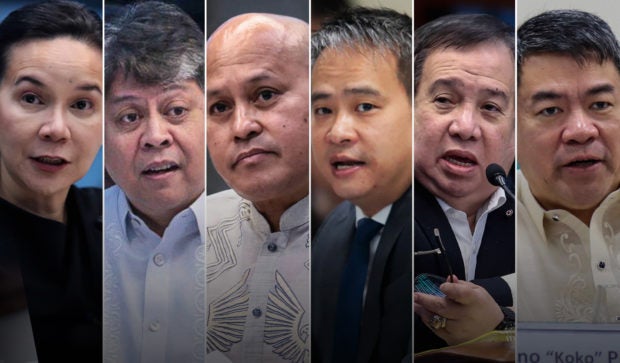 MANILA, Philippines — Several senators are pushing for a thorough probe into the military transport plane crash in Sulu to prevent a repeat of the incident.

In a statement Monday, Senator Grace Poe called on authorities to extend available assistance to the families of the soldiers affected in the crash

“We mark this terrible loss of life with a reminder of the sacrifices our brave Filipino soldiers make each day in the name of duty to serve the country,” Poe said.

“At the right time, we expect a thorough investigation of the incident to see what can be done to avoid a repeat of the tragic crash and to put in place measures to make our military planes safe,” she added.

Senator Francis Pangilinan issued a similar call for a “thorough” probe into the incident. Further, he said Filipino soldiers risking their lives in performing their duty “deserve better equipment and hardware to make every flying safe.”

“This is indeed a devastating incident for our Filipino soldiers who brave the frontlines every day to carry out their duty of protecting and serving their fellowmen,” he said.

“As we urge full assistance to their bereaved ones, we also seek a thorough investigation on [the] cause of the crash and to find ways to avert another tragedy,” Pangilinan added.

Meanwhile, Senator Ronald “Bato” dela Rosa said it is “about time” for Congress to realize that soldiers’ lives are “priceless” compared to the cost of spending for the modernization of the military.

“I have to wait for the results of the investigation before I lay the blame on our antiquated military aircrafts,” Dela Rosa said.

“But perhaps, it is about time that we in the legislature take a second hard look at the reality that lives lost from these so called ‘flying coffins’ or ‘widow makers’ are priceless compared to the foreign debt that we may incur as a result of military modernization,” he added.

Forty seven military personnel and three are civilians on the ground were killed in the crash in Patikul, Sulu on Sunday.

Meanwhile, 49 military personnel and four other civilians on the ground were injured.

All of the 96 passengers have been accounted for, according to Armed Forces of the Philippines spokesperson Maj. Gen. Edgard Arevalo.

“We trust that the circumstances that led to the crash will be thoroughly probed, as ordered by [Defense Secretary Delfin] Lorenzana, before our air assets are allowed to fly again,” Senator Joel Villanueva said in a statement Sunday.

“No Filipino soldier, who lays his life for our country, should die from our own military hardware,” he added.

Villanueva also conveyed his prayers to the families of those who died in the crash.

For his part, Senator Richard Gordon said the plane crash in Sulu “is an urgent call affecting national security.”

“C-130s are the workhorses of any army. C130’s efficiency and load capacity, whether troops & cargo during conflicts or disasters, is tailor made for our 7,641 islands,” the senator said.

The crash of the C130 in Sulu is an urgent call affecting national security. C130s are the workhorses of any army. C130’s efficiency and load capacity whether troops & cargo during conflicts or disasters .it is tailor made for our 7641 islands.

Gordon also underscored the need to acquire more C-130 planes as he pointed to how many the Philippines has in comparison to other countries.

Further, he said there should be “strong maintenance operations and continuous training by our troops to obviate loss of life, manpower [and] material.”

Senator Aquilino “Koko” Pimentel III joined his colleagues in extending his prayers for those who died and were injured due to the crash.

Lorenzana earlier said he has ordered a “full investigation to get to the bottom of the C-130 incident” once recovery operations have been completed.

Read Next
47 military personnel, 3 civilians dead in C-130 plane crash in Sulu
EDITORS' PICK
This new condo in the South will make you want to turn a new leaf
Legarda: Ending Violence Against Women, a cause for all
Sara Duterte calls for supporters’ unity after Go’s withdrawal from presidential race
CHR hopes inequalities exposed by COVID-19 pandemic are addressed
BOQ monitoring 64 travelers from ‘red-list’ countries amid Omicron
Smart offers wireless fiber-like speeds to Filipino homes with country’s first 5G Prepaid Home WiFi
MOST READ
DOH: Booster doses for fully vaxxed adults to start December 3
Another disqualification petition filed against Bongbong Marcos
Ex-DOT chief Ace Durano convicted of graft over 2009 project
Roque defends Bongbong Marcos: ‘He was only 15 years old in 1972’
Don't miss out on the latest news and information.