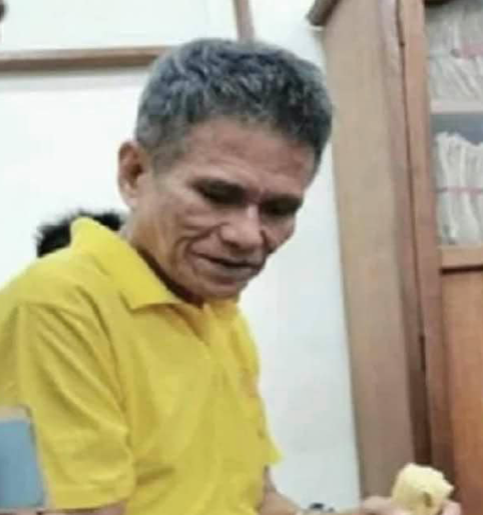 MANILA, Philippines — Human rights group Karapatan on Monday appealed for urgent medical treatment for a political prisoner diagnosed with cancer and is currently detained at Puerto Princesa Jail in Palawan.

“Before it’s too late, and for utmost compassionate and humanitarian considerations, we appeal that political prisoner Antonio Molina be provided with the most needed and urgent medical treatment for his illness,” Karapatan secretary general Cristina Palabay said in a statement.

Last March 24, Molina was diagnosed with abdominal wall sarcoma, which is a malignant tumor and has been classified as cancer, according to Karapatan.

This motion would allow Molina to have a five-day confinement period for his chemotherapy and for him to undergo observation after the procedure, Karapatan noted.

Palabay said it is crucial for the court to grant the urgent motion for Molina’s confinement for him to undergo chemotherapy as prescribed by the doctor.

“Being elderly and ailing, Molina’s health has been worrisome since his arrest. His health, however, further deteriorated last year. He suffers from sleepless nights due to severe abdominal pain, and pain relievers can only provide short and temporary relief. By the prognosis of doctors, his condition does not look good,” Palabay said.

“We fear for the worst, but we just hope that the courts be compassionate enough to allow his medical confinement, and also make sure this will be carried out the soonest before all is too late,” she added.

Even if Molina is a political prisoner he still has the right to undergo medical treatment, Palabay pointed out.

Molina was a member of the Katipunan ng Samahang Magbubukid sa Timog Katagalugan and was arrested on October 4, 2019 in Puerto Princesa, Karapatan said. — Sofia Vertucio, trainee