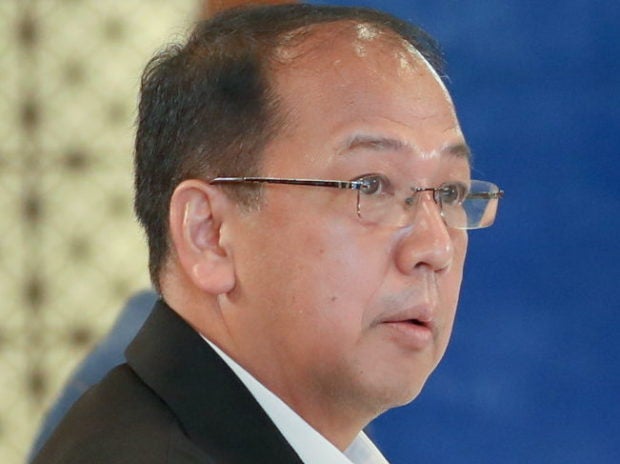 Vaccine czar Carlito Galvez Jr. condemned the crime and reiterated that COVID-19 vaccines cannot be sold commercially in the country because the jabs were only issued emergency use authorizations.

“We believe this type of unscrupulous activity does not only hamper the efficient and effective rollout of our national vaccination program but also puts our countrymen in danger with the selling and eventual use of unverified anti-COVID-19 vaccines,” said Galvez, the chief implementer of the National Task Force Against COVID-19.

Galvez issued the statement on Friday after agents of the National Bureau of Investigation on Wednesday arrested Alexis de Guzman, a nurse at the Manila City government-run Gat Andres Bonifacio Memorial Medical Center, in an entrapment operation in Quezon City.

De Guzman was arrested along with Calvin Yeung Roca and Kour Singh who were also allegedly involved in the attempt to sell 300 doses of Chinese-developed Sinovac vaccine for P1 million to an undercover agent.

According to the NBI, the suspects may be part of a larger group of people selling COVID-19 vaccines to the public. Their clientele were mostly Chinese nationals working in Philippine offshore gaming operators and their service providers.

Manila Mayor Francisco “Isko Moreno” Domogoso clarified that the vaccines sold by De Guzman and his cohorts were not sourced from the supply of the Manila Health Department intended for its constituents.

The city hospital also said De Guzman was never part of the hospital’s inoculation team and never transacted with the hospital’s pharmacy section regarding the transport or custody of vaccines.

Galvez said they had already identified the lot numbers of the seized Sinovac vaccines and ordered a follow-up operation by a team composed of the NBI, Food and Drug Administration, the intelligence unit of the Armed Forces of the Philippines, and the Philippine National Police.

Those found to be involved in the sale of vaccines can be prosecuted under Republic Act No. 11525, or the “COVID-19 Vaccination Program Act of 2021.”

In May, authorities hunted down individuals involved with a ring that sold slots in the vaccination queues of local governments for a price ranging from P6,000 to P15,000.

More than 17.4 million doses have arrived in the country since February, the bulk of which were Sinovac purchased from China by the government.

In June, the government signed its biggest supply deal to procure 40 million doses of Pfizer, raising the total secured vaccine supply to 157 million, including the 44 million vaccine doses from the Covax facility.

As of July 1, close to 8.3 million Filipinos have received their first doses, of which less than one-third, or 2.7 million, have completed two doses.