LRT-2 reminds riders: No trips this weekend amid preparations for new stations 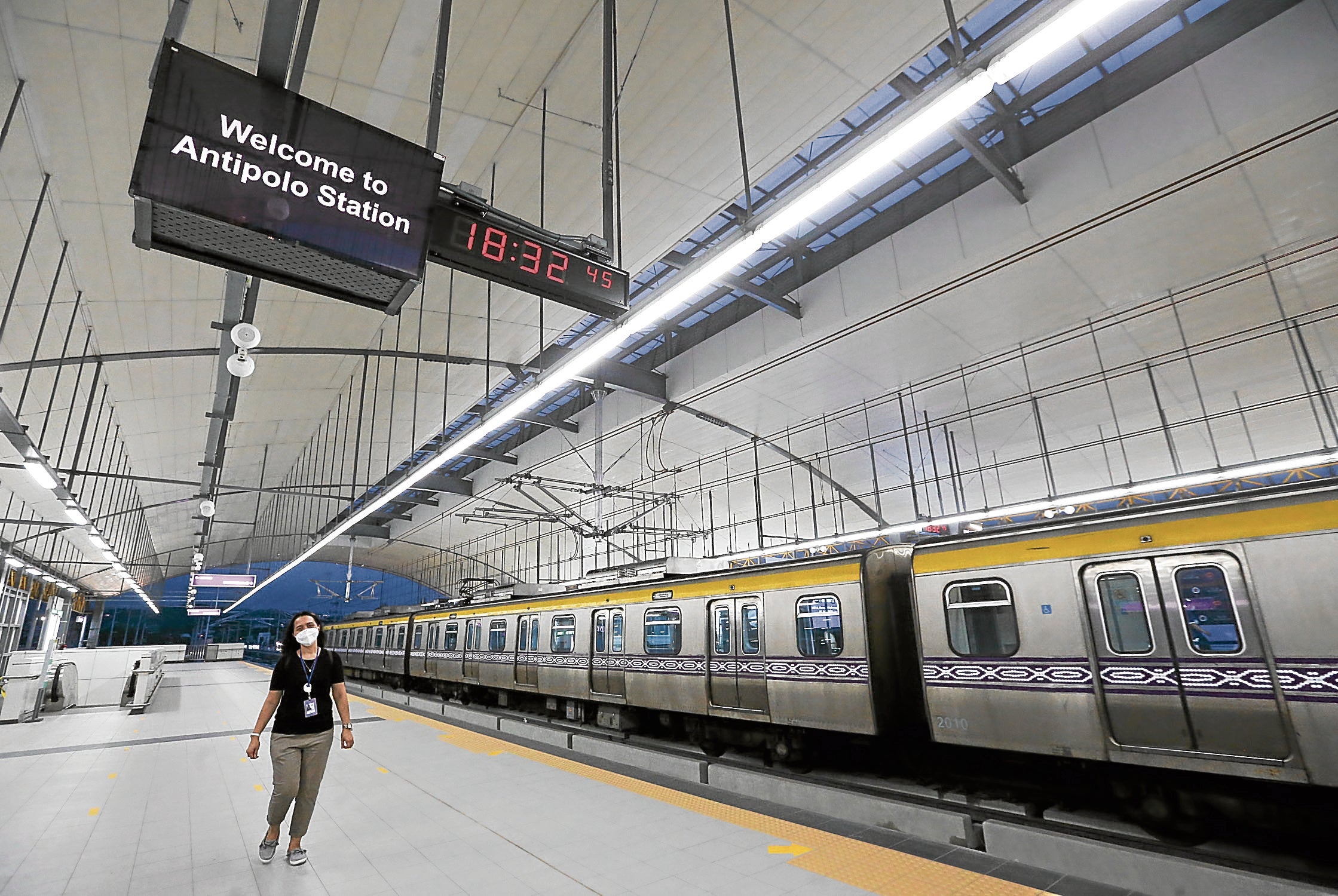 MANILA, Philippines — The Light Rail Transit Line 2 (LRT-2) management has reminded commuters that there would be no operational trips for Saturday and Sunday, July 3 to 4, due to preparations at the two new stations in Antipolo and Marikina.

In a tweet on Friday, the LRT Authority (LRTA) said that the trip cancellations would be due to the full integration of the signalling systems between the old and new stations of the LRT-2 line.

LRT-2 has two new stations after Santolan Station: one named Marikina, which sits in the middle of Gil Fernando Avenue, Imelda Avenue, and Marcos Highway; and the Antipolo Station which is located in Marcos Highway’s Masinag portion.

During the inauguration of the two stations, the Department of Transportation (DOTr) said that the two stations would start operating on July 6.  It is seen to cut travel time between the terminal station in Claro M. Recto Avenue, Manila and Masinag in Antipolo from three hours by bus or jeepney, to just 30 to 40 minutes.

It is also expected to reduce traffic congestion in major thoroughfares over the eastern side of Metro Manila.

This is not the first time that LRT either suspended trips or limited operations to give way for preparations linked to the new stations.  Since June 12, LRT-2 trips moved between Recto and Cubao Terminal Stations only, as final works were done to ensure the safety of the Marikina and Antipolo stations.