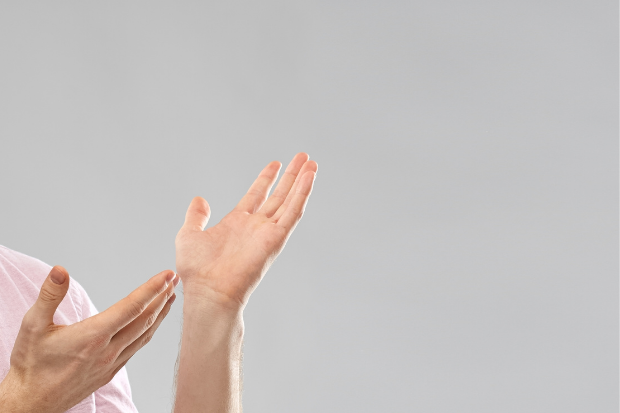 Just around a month after Italian artist Salvatore Garau sold his “immaterial” sculpture for $18,000, an American artist is now suing him for allegedly copying his work.

Performance artist Tom Miller of Gainsville in Florida, United States, has accused Garau of profiting off his idea, as per ABC.CW+ affiliate WCJB on June 29.

Back in 2016, around five years prior to Garau auctioning off the immaterial sculpture “Io Sono” (I Am), Miller had already unveiled his likewise invisible masterpiece called “Nothing.”

Miller’s “Nothing” was installed at the Bo Diddley Plaza and was recognized by Alachua County Commissioner Robert “Hutch” Hutchinson back then, according to the report.

“The space in our world is legitimate to work with as an artistic product. So the idea is fashioning nothing into a sculpture, and that’s what the lawsuit is all about,” Miller was quoted as saying.

“When I saw that (Garau’s work) I thought ‘that’s exactly my idea’ and ideas are important in the world, and recognition for those ideas are important. So I simply wanted that attribution so I contacted him, he dismissed it away, and then I hired an Italian attorney,” he added.

He also noted that as the internet is easily accessible, Garau could have searched his invisible work first and therefore avoided the current ordeal.

“If you Google ‘Tom Miller Nothing’ you can easily see I had this whole paradigm sorted out before Salvatore Garau ever even thought of doing a sculpture of nothing,” Miller was quoted as saying.

Miller also noted that “‘Nothing’ is very important” to him and that he should be credited for it, as per his statement published by ArtNet News on June 30.

“I should be credited with Nothing (specifically the idea of Nothing fashioned into sculpture form), and Gainesville, Florida—not Italy—is where Nothing happened first,” Miller was quoted as saying.

Miller’s Nothing was installed over the course of five days with workers/mimes using invisible blocks and tools to build it. Miller also made a short mockumentary over “Nothing.”

Garau, meanwhile, described his invisible piece as a “vacuum,” explaining that “the vacuum is nothing more than a space full of energy, and even if we empty it and there is nothing left, according to the Heisenberg uncertainty principle, that nothing has a weight.”

“Therefore, it has energy that is condensed and transformed into particles, that is, into us,” Garau was quoted as saying on Il Giorno on May 21.

The concept of invisible art has in fact been around for quite some time now, way before Miller and Garau’s works. For one, Andy Warhol created “The Invisible Sculpture” back in 1985 via performance art. Ian Biong /ra

Read Next
6 PAL flights with returning OFWs to be rerouted to Subic airport
EDITORS' PICK
IATF halts Resolution 125: No kids allowed outdoors for now due to Delta variant
Education gets poor grades under Duterte
Smart elevates GigaLife App with innovative ‘GigaPay with PayMaya’ feature
NCR, four other provinces under GCQ ‘with heightened restrictions’ until July 31
Where life mirrors success
Nintendo Switch new model – Nintendo Switch OLED is coming!
MOST READ
‘Surprise me:’ Carpio dares Duterte to bar Chinese from fishing in PH waters
Forget the surveys, 1Sambayan says Duterte’s approval ratings going down in the grassroots
Empoy ‘afraid’ Maja would fall for him for real
1Sambayan to name bets for 2022 polls in September; Lacson out
Don't miss out on the latest news and information.