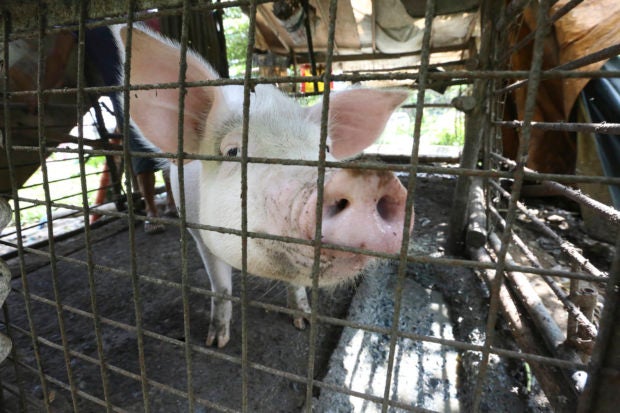 The DA reported that 1,781 pigs had been killed in Pastrana, La Paz, Javier, and Abuyog towns.

The DA had spent more than P8..92 million to compensate hog raisers in these areas.

“The government can only do much. If the public will not cooperate, ending the ASF infection will not be possible,” Enriquez said.

At least P12.84 million are ready for disbursement to more than 700 hog raisers in other areas hit by ASF.

These hog raisers have applied for indemnification from the DA.

Of the six provinces in the region, Enriquez said only Biliran province had not reported any ASF case.

The DA earlier said the ASF virus could have been transmitted to local farms in Leyte through infected boar being used for natural mating and by hog traders, who might have fed their stocks with contaminated food products.

At least 2,829 hog raisers in the region are affected by the ASF. Enriquez said Tuesday that the ASF had spread to more areas in Eastern Visayas, affecting 30 towns and cities in the region in the past six months.

As of June 21, at least 12,946 live hogs potentially infected by the virus have been killed to prevent the spread of the highly contagious disease.