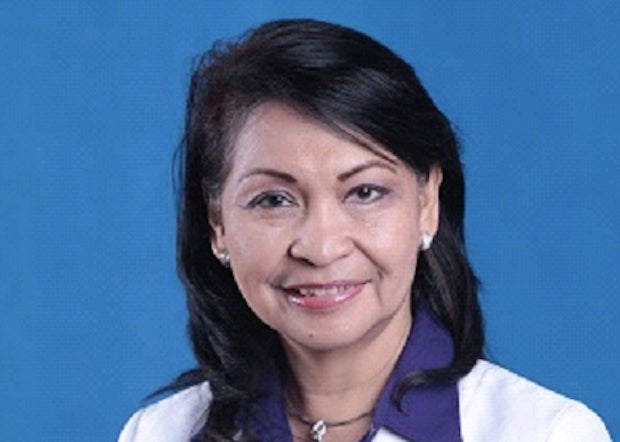 MANILA, Philippines — Dengue fever cases dramatically decreased during the COVID-19 pandemic, but the tropical disease remains a threat to the Philippines, especially during the rainy season, with outbreaks always a possibility.

“We need a vaccine for dengue,” Dr. Lulu Bravo, a vaccine expert, told INQUIRER.net in an online interview on Wednesday, the last day of June, which was National Dengue Awareness Month.

“Vaccines, are the ones that can control, prevent and hopefully, eliminate, and last but not the least, eradicate the disease… Only the vaccines can do that,” Bravo added. “Without vaccination, any disease will come back, until such time the disease will get eradicated.”

Bravo is a professor emeritus of the College of Medicine at the University of the Philippines-Manila,  a steering member of the Asian Dengue Voice and Action (ADVA), executive director of the Philippine Foundation for Vaccination.

There are currently no dengue vaccines available in the Philippines since the Food and Drug Administration (FDA) permanently revoked the certificate of product registration of Dengvaxia, which is manufactured by Sanofi Pasteur.

The vaccine figured in controversy after being linked to the deaths of several young children who had been inoculated with it.

Dengvaxia was the first dengue vaccine to be licensed, according to the World Health Organisation (WHO). It is has been approved for use in 20 countries, including the United States and Thailand.

“It’s really unfortunate, with what happened with Dengvaxia. It is a good vaccine,” Bravo said.

Still, the country’s dengue incidence has remained manageable so far.

Dengue by the numbers

The Department of Health (DOH) reported a steep drop in dengue cases and deaths for the first quarter of 2021.

As for deaths, only 80 deaths were recorded for the same period — 55 percent lower than the 179 deaths recorded in 2020.

The DOH attributed the decrease of dengue to the heightened health awareness of the people during the COVID-19 pandemic and the practice of the so-called 4S strategy — search and destroy breeding places, seek early consultation, self-protection, and support of fogging and spraying in hotspot areas.

“You know the pandemic actually maybe had reduced [the cases] because people were not going outside,” Bravo said. “But still we are kind of vigilant because the coming of the rainy season means that the incidence of dengue is going to be high.”

“Because you know, masking, face shield, and even distancing will not control dengue because this is really brought by mosquitos,” she added.

According to Bravo, female aegypti mosquitoes are distinguished by the white and black stripes on their tails.

Bravo said that dengue prevention had always been based on “mosquito vector control.”

Vector control is any method to limit or eradicate animals, like mosquitoes, that transmit pathogens — that is, disease-causing microorganisms.

Among the most common mosquito vector controls implemented in the country are cleanup drives that focus on draining clean stagnant water in inhabited areas where mosquitoes are like to breed.

“This Aedes aegypti, which is the mosquito species that is carrying the dengue virus, likes to breed in clean waters, not dirty canal waters,” she said. “As long as it is cleaner than ordinary canal water, it would be there.”

Another form of controlling the mosquito population is through fogging, but Bravo said it’s not effective.

“It doesn’t really reduce the number of mosquitoes,” she said. “Unfortunately, it just drives the mosquitoes towards the next neighborhood.”

Bravo revealed, however, a recent breakthrough in reducing vector control in the form of the Wolbachia bacteria that present in many insects species.

These bacteria compete with viruses – like those that cause dengue, zika, chikungunya, yellow fever. They make it hard for viruses to reproduce inside mosquitoes, according to the World Mosquito Program (WMP).

“By breeding mosquitoes that carry safe and natural Wolbachia bacteria, we can effectively prevent diseases from spreading in whole cities and even regions,” according to the WMP website.

To measure the efficacy of the Wolbachia method, the WMP conducted a cluster randomized controlled trial in Yogyakarta City, Indonesia.

In June 2021, the New England Journal of Medicine published the peer-reviewed results of the trial, which revealed that Wolbachia-treated areas had shown a reduced dengue incidence by 77 percent and dengue hospitalizations by 86 percent.

Bravo has a caveat, however.

“But I don’t think they will be able to eradicate mosquitoes,” she said. “Mosquitoes have been here for millions of years.”

“The use of the vector control, the preventive measures, all the cleanup, the fogging we have done in the Philippines for the past how many years now, and we have not actually decreased the incidents,” she said. “In fact, it has increased and has become a global threat.”

“So with that, you can see that dengue is to be controlled and prevented, and the only way we can do that, just like so many diseases, is through vaccination,” she added.

Dengue fever: Upstaged but not outmatched by COVID-19