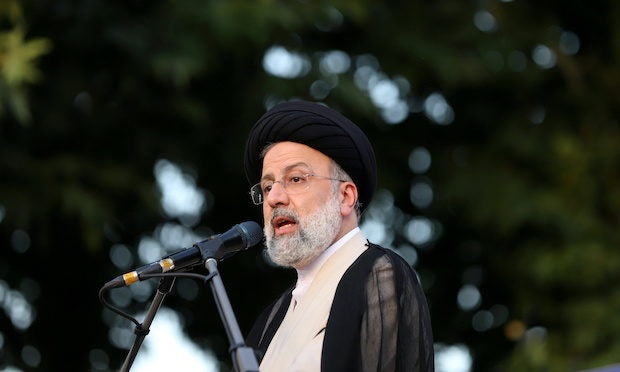 GENEVA — The U.N. investigator on human rights in Iran has called for an independent inquiry into allegations of state-ordered executions of thousands of political prisoners in 1988 and the role played by President-elect Ebrahim Raisi as Tehran deputy prosecutor.

Javaid Rehman, in an interview with Reuters on Monday, said that over the years his office has gathered testimonies and evidence. It was ready to share them if the United Nations Human Rights Council or other body sets up an impartial investigation.

He said he was concerned at reports that some “mass graves” are being destroyed as part of a continuing cover-up.

“I think it is time and it’s very important now that Mr. Raisi is the president (-elect) that we start investigating what happened in 1988 and the role of individuals,” Rehman said from London, where he teaches Islamic law and international law.

A probe was in the interest of Iran and could bring closure to families, he said, adding: “Otherwise we will have very serious concerns about this president and the role, the reported role, he has played historically in those executions.”

Raisi, a hardline judge, is under U.S. sanctions over a past that includes what the United States and activists say was his involvement as one of four judges who oversaw the 1988 killings. Amnesty International has put the number executed at some 5,000, saying in a 2018 report that “the real number could be higher.”

Raisi, when asked about allegations that he was involved in the killings, told reporters: “If a judge, a prosecutor has defended the security of the people, he should be praised … I am proud to have defended human rights in every position I have held so far.”

Rehman said: “We have made communications to the Islamic Republic of Iran because we have concerns that there is again a policy to actually destroy the graves or there may be some activity to destroy evidence of mass graves.”

“I will campaign for justice to be done,” he added.

Raisi succeeds Hassan Rouhani on Aug. 3, having secured victory this month in an election marked by voter apathy over economic hardships and political restrictions.

Rehman denounced what he called “deliberate and manipulative strategies adopted to exclude moderate candidates and to ensure the success of a particular candidate.”

“There were arrests, journalists were stopped from asking specific questions about the background of the presidential candidate Mr. Raisi and there was intimidation towards any issues that were raised about his previous role and background.”

Iran has never acknowledged that mass executions took place under Ayatollah Ruhollah Khomeini, the revolutionary leader who died in 1989.

“The scale of executions that we hear imply that it was a part of a policy that was being pursued…It was not just one person,” Rehman said.

He said there had also been “no proper investigation” into the killing of protesters in Nov. 2019, the bloodiest political unrest since the 1979 Islamic revolution.

“Even by conservative estimates we can say that more than 300 people were killed arbitrarily, extrajudicially, and nobody has been held accountable and no compensation,” he said.

“There is a widespread and systemic impunity in the country for gross violations of human rights, both historically in the past as well as in the present.”