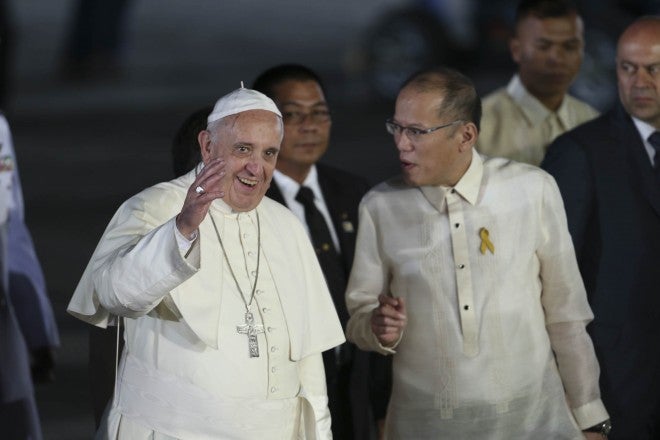 “Saddened to learn of the death of former President Benigno Simeon C. Aquino III. I extend my heartfelt condolences to the people of the Philippines,” Pope Francis said, according to a statement sent to Malacañang and shared on Twitter by the Catholic Bishops Conference of the Philippines (CBCP).

“Recalling the late President’s service to the nation, I commend his soul into the hands of the all-merciful God. Upon his family and all who mourn his passing I invoke abundant consolation and peace in the Lord,” he added.

Aquino died of renal disease secondary to diabetes on June 24. He was 61.

His cremains were laid to rest on Saturday at the Manila Memorial Park in Parañaque City, next to his parents—former Sen. Benigno Aquino Jr. and former President Corazon Aquino.

In January 2015, Pope Francis visited the Philippines and met with Aquino.

In December the same year, Aquino again met with Pope Francis in Vatican City to talk about the rehabilitation efforts for the survivors of Supertyphoon Yolanda (international name: Haiyan) and the threat of terrorism, among others topics.