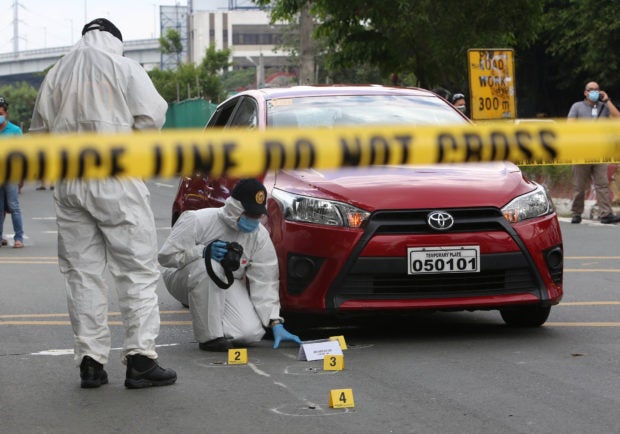 MANILA, Philippines — Lawmakers and human rights advocates on Monday opposed President Rodrigo Duterte’s bid to arm civilians to help in the government’s anticrime campaign, warning that this could lead to the emergence of more vigilante groups and a rise in criminality in the country.

Sen. Risa Hontiveros called on officials of the Philippine National Police to “think twice” over their support of the president’s plan, noting how gun-bearing police officers had been linked to the killing of innocent civilians.

“As an institution, the PNP should not be outsourcing its main duty of maintaining peace and order in our communities. Instead of arming civilians, the PNP should intensify the assistance it extends to the countryside,” she said.

Duterte said on Friday that the PNP’s civilian volunteers could get guns so they could defend themselves while making a citizen’s arrest.

“If you have this coalition, you have a list of people who are there and who can arm themselves. I will order the police. If you are qualified, get a gun and help us enforce the laws,” he said during the oath-taking of the National Coalition of Lingkod Bayan Advocacy Support Groups and Force Multipliers.

“The criminal must die, you must live,” the president said, pointing out that he did not want civilians making the arrest to end up dead because they did not have the means to defend themselves.

This is not the first time Duterte floated the idea of arming civilians as part of his broader crackdown against crime. In 2017, he aired a similar appeal during a speech in Bohol province after Abu Sayyaf terrorists were seen on the island.

On Monday, Malacañang said the president’s latest call was not yet final, but if ever this would become policy, the volunteers would be trained on the use of guns.

“There is [no] policy yet. I’m sure it will be subjected to full staff work. Meanwhile, there is the reality that while the volunteers help out, there is a threat to their lives,” presidential spokesperson Harry Roque said in a press briefing.

“How can we make those anticrime organizations, whose gun training is informal, liable if they get involved in crimes?” Hontiveros asked.

She cited how police personnel who had already undergone training on gun handling still got involved in killings, such as the cases of a 52-year-old woman in Quezon City early this month and of a mother and her son in Tarlac province last December.

Senate Minority Leader Franklin Drilon said the arming of civilian volunteers was an admission of the Duterte administration of its failure to provide security and protection to Filipinos.

“The proposal carries a high risk that guns may fall in the wrong hands and, therefore, only exacerbate criminality,” Drilon said in a statement. “What can solve the country’s growing problems on criminality and its main drivers — poverty and hunger — is good governance not guns.”

Sen. Joel Villanueva, a prolife advocate, said the president’s proposal carried the burden of framing the proper protocols and defining the legal bounds on rules of engagement between armed personnel and civilians.

“When private individuals are allowed to bear arms for missions reserved for officers of the law, there is the challenge of defining the protocols they should follow,” he said.

Sen. Aquilino Pimentel III said that instead of relaxing the rules on gun ownership, the government must tighten them. “Train the police better. Hire more policemen if necessary,” he said.

Senate President Vicente Sotto III interpreted the president’s bid to mean that he only wanted to relax the licensing of firearms, saying civilians had long been allowed to carry firearms.

A Duterte protege, Sen. Ronald dela Rosa, said he did not find any problem “as long as they are properly supervised.”

Two House lawmakers from the Makabayan bloc said the President’s proposal was “another bloody disaster waiting to happen” and would only let “more crimes to happen instead of preventing it.”

In a statement, House deputy minority leader and Bayan Muna Rep. Carlos Isagani Zarate said this mindset “will only make the streets more dangerous as this will usher a rise in extrajudicial killings and vigilantism.”

“There are more productive ways to spend the people’s budget other than this absurd and another militarist proposal,” Zarate said.

House assistant minority leader and ACT Teachers Rep. France Castro said Duterte was “once again proposing policies that would kill more Filipinos instead of solving the roots of the many crises felt in the country.”

“We do not need more guns that pave the way to more vigilante and extrajudicial killings… You cannot solve the crime problem by allowing more guns in our streets. It will only make our streets more dangerous than it already is,” she said in a statement.

She also raised the possibility of politicians using the proposal to build their own private army with the 2022 elections barely a year away.

Roque said it would be “speculative” to discuss the possible dangers that arming civilian groups would pose since the proposal was not yet being implemented.

“If this becomes policy, I’m sure there will be the corresponding training to be given to everyone. But for now, it’s speculative,” he said.

In separate statements, progressive groups Karapatan, Pamalakaya and Bayan assailed the President’s suggestion and urged the government to consider the repeated recommendations of many rights advocates and even the United Nations Human Rights Council to disband and disarm paramilitaries.

Bagong Alyansang Makabayan secretary general Renato Reyes said: “The Philippines would turn into a wild, wild west if it allows this dark proposal to go through.”

Over the weekend, the Commission on Human Rights (CHR) reminded the government that the PNP, whose mandate as a national, civilian law enforcement agency is rested on the 1987 Constitution, was already “more than enough” to clip crime.

“Arming civilians without proper training, qualification, and clear lines of accountabilities may lead to lawlessness and proliferation of arms, which may further negatively impact the human rights situation in the country,” CHR spokesperson Jacqueline de Guia said in a statement.