2,442 individuals arrested in a week for breaking pandemic rules 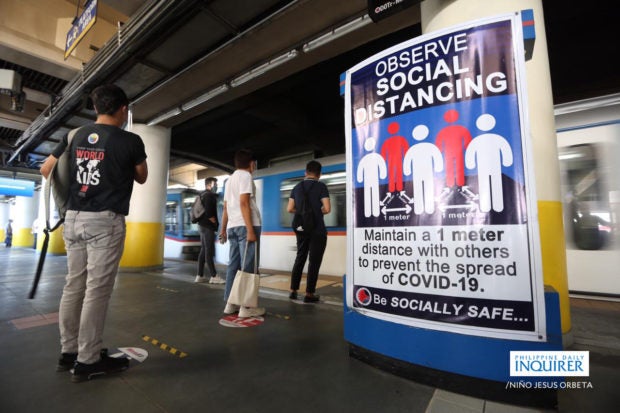 Passengers wait for a ride at the MRT 3 in North Avenue Station in  Quezon City. This photo was taken on Oct.19, 2020. (File photo by NIÑO JESUS ORBETA / Philippine Daily Inquirer)

MANILA, Philippines — A total of 2,442 individuals were arrested for violating various health protocols — mostly on social distancing — from June 21 to 27, Interior Secretary Eduardo Año reported on Monday during the taped weekly Palace briefing on the COVID-19 situation.

Of those arrested, 1,556 failed to observed physical distancing, 837 were not wearing face masks, and 39 attended mass gatherings.

There were also 598 violators of the ban on mass gatherings – of whom 479 were warned, 72 were fined, eight were asked to do community service, and 39 were arrested.