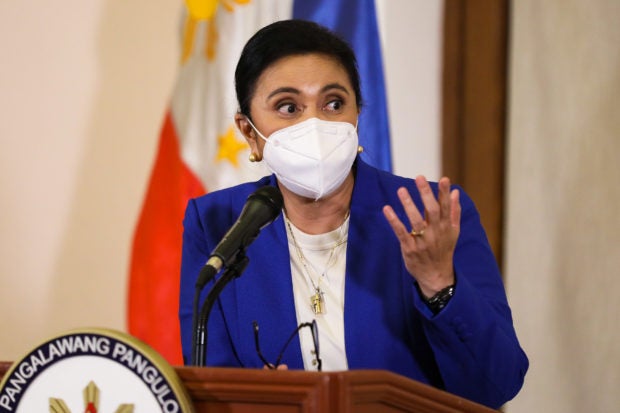 MANILA, Philippines — Arming anti-crime civilian groups, as suggested by President Rodrigo Duterte, is “very dangerous” as it could lead to abuses, Vice President Leni Robredo on Sunday in her weekly AM radio program “BISErbisyong LENI.”

Duterte mentioned the idea during the launch of the Global Coalition of Lingkod Bayan Advocacy Support Groups and Force Multipliers in Camp Crame. The coalition is composed of civilian organizations that will serve as partners of the police in fighting crime.

“That’s too dangerous,” Robredo said in Filipino. “It’s a big responsibility, a big accountability. Arming is not just something you do. The opportunity for abuse seems big.”

She noted that there would always be people who would violate laws, but this was “more of an exception to the rule.”

“Not all people are hard-headed that we have to arm civilians to help in pursuing them,” Robredo said.

Arming civilians here contrasts with the trend in other countries where citizens have been clamoring for stricter rules for acquiring firearms.

Earlier,  Gen. Guillermo Eleazar, the Philippine National Police chief, assured that the anti-crime volunteers would have to follow the rules and procedures in securing firearms.

It would require getting a license to own and possess firearms (LTOPF) and a permit to carry firearms outside of residence (PTCFOR).