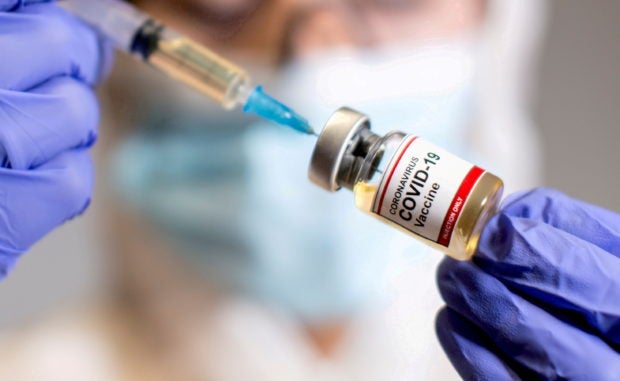 MANILA, Philippines — A member of the Vaccine Expert Panel (VEP) on Friday said studies being conducted on COVID-19 vaccines showed that they were still effective against emerging variants of the new coronavirus.

An official of Pfizer has also said that the vaccine developed by the American pharmaceutical and biotechnology company is “very effective” against the Delta variant of COVID-19—which the World Health Organization has warned is becoming the globally dominant variant.

On the other hand, two Chinese COVID-19 vaccines have proved less effective against the variant, a Chinese disease control researcher has disclosed to state media.

Solante said these findings were based on real world data—or data gathered in real world settings and outside laboratories.

He said there were no real world data studies yet on the efficacy of Sinovac’s CoronaVac vaccine against the Alpha or Delta variants. But against the Gamma variant first identified in Brazil, CoronaVac was 78-percent effective, he said.

Solante emphasized that “I’m not concerned about the variants of concern at this point in time. The most important, really, is protecting the individual from getting the severe form of the infection.”

Another member of the panel, Dr. Isagani Padolina, said at the briefing that the variability in the effectiveness of vaccines, especially against variants, was “normal.”

“When you look at the endpoint, which is prevention of severe COVID-19, you will see that that variability really goes down. That’s the endpoint that we should focus on even with the different variants and different vaccines,” Padolina said.

Solante cautioned vaccinees against getting a booster or third shot. “Please don’t be in a hurry to get a third dose or a second platform, let’s wait for the recommendation,” he said.

In Israel, Pfizer’s medical director in that country, Alon Rappaport, said in a radio interview on Thursday that “The data we have today, accumulating from research we are conducting at the lab and including data from those places where the Indian variant, Delta, has replaced the British variant as the common variant, point to our vaccine being very effective, around 90 percent, in preventing the coronavirus disease, COVID-19.”

A study published this month by the Nature journal found that antibodies elicited by the Pfizer vaccine were still able to neutralize all tested variants, including Delta, albeit at reduced strength.

The study was conducted by researchers from the University of Texas together with Pfizer and its partner in developing the vaccine, German biotechnology company BioNTech.

Other recent studies, including an analysis by Public Health England, have shown that both the Pfizer and AstraZeneca vaccines are likely to provide high protection against the Delta variant.

Israel has one of the world’s most advanced vaccination campaigns largely based on the Pfizer-BioNTech shot.

“We are collecting the data now. We are only now seeing the first cases of the Delta variant in Israel—about 200 of those—so we will know more soon,” she said on Wednesday.

In Beijing, Feng Zijian, researcher and former deputy director at the Chinese Center for Disease Control and Prevention, disclosed to state media that antibodies triggered by two COVID-19 vaccines were found to be less effective against the Delta variant compared with other strains.

But these shots still offered protection, he said.

Feng did not name the two vaccines when he spoke with China Central Television in an interview aired on Thursday.

But he said the vaccines fell into the inactivated category which contain “killed” coronavirus that cannot replicate in human cells.

Five of the seven domestically developed vaccines in China’s mass inoculation scheme are inactivated vaccines. These include shots from Sinovac Biotech and Sinopharm.

‘Not ready to apply’

At Friday’s Laging Handa briefing, Food and Drug Administration (FDA) Director General Eric Domingo said Moderna and Sinovac were not yet ready to seek authorization to allow the use of their COVID-19 vaccines on individuals below 18 years old.

So far, only Pfizer has been granted emergency use authorization (EUA) for its vaccine to be administered on 12 to 15 year olds.

Domingo said the FDA had asked Moderna and Sinovac if they would expand the use of their vaccines to cover minors.

“Both companies said they were not ready to apply. I think they’re still compiling their data from their clinical trial involving children below 18 years old. Once these are ready, that is when they would apply for the expansion of their EUA,” Domingo said.

But at a press briefing on Thursday, Dr. Mary Ann Bunyi, a member of the Interim National Immunization Technical Advisory Group for COVID-19, said clinical trials had shown that Pfizer, Moderna and Sinovac are likely to be safe for minors. —WITH REPORTS FROM REUTERS AND LEILA B. SALAVERRIA INQ