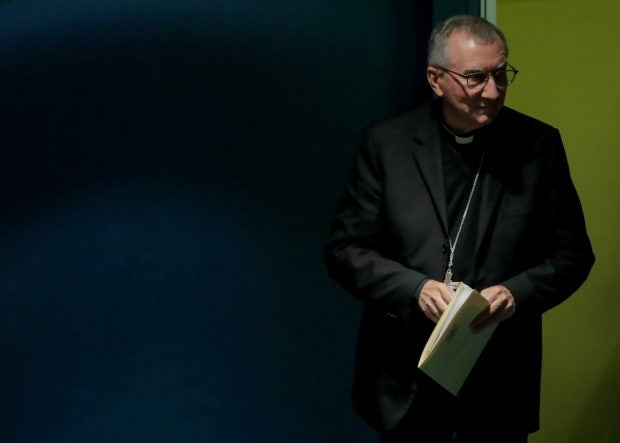 VATICAN CITY — The Vatican on Thursday defended a request for changes to a draft law in Italy aimed at combating homophobia, saying it was not an interference in another country’s domestic affairs and was not seeking to block it.

The Vatican’s secretary of state, Cardinal Pietro Parolin, said the draft law was too “vague and uncertain” about what would be criminalized.

The leak this week of an internal diplomatic “verbal note” given to the Italian ambassador to the Vatican on June 17 caused a political furor and dominated Italian newspapers.

Even Prime Minister Mario Draghi, a practicing Catholic, intervened to defend Italy as a lay state with a sovereign parliament.

The Vatican, a city-state surrounded by Rome and headquarters of the worldwide Roman Catholic Church, fears that the law could lead to criminalization of the Church in Italy for refusing to conduct gay marriages, for opposing adoption by homosexual couples, or refusing to teach gender theory in Catholic schools.

“This was not in any way an attempt to block the law,” Parolin told the official VaticanNews website.

“We oppose any behavior or gesture of intolerance or hate towards people because of their sexual orientation, their ethnicity or religious belief,” he said.

But Parolin, who ranks second only to Pope Francis in the Vatican hierarchy, said the draft law was too vague.

“There is a risk of lumping all kinds of attitudes together and making it possible to punish every possible distinction between a man and a woman,” he said.

The diplomatic note concerned the “Zan bill,” named for Alessandro Zan, a gay legislator of the center-left Democratic Party. It has passed in the lower house of parliament and is being discussed in a committee in the Senate.

The Vatican says the current version violates the 1929 Lateran Pacts, which established Vatican City as a sovereign state, and an updating in 1984 that stripped Roman Catholicism of its status as state religion but included protections for the Italian Church’s pastoral activities.

Parolin said the Vatican decided it would be better to seek modifications before the law passed and suggested that the Vatican made the diplomatic move because concerns expressed by the Italian Bishops Conference had fallen on deaf ears.