Aquino's most lasting act of service to Filipinos: Case vs China | Inquirer News 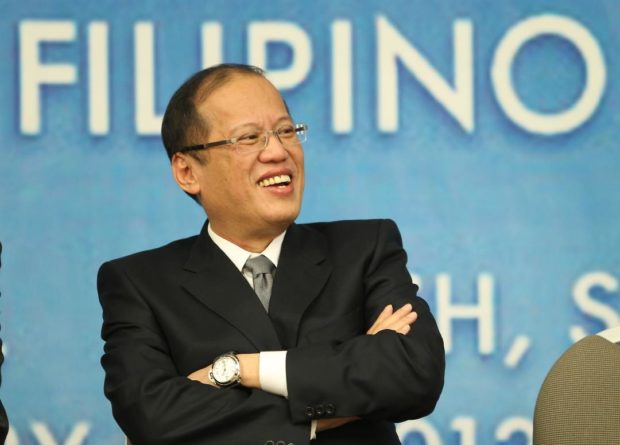 MANILA, Philippines—Former President Benigno Aquino III will be remembered for being the one who took the initiative to assert Philippine sovereignty over the West Philippine Sea.

A dispute between China and the country was brought before the Permanent Court of Arbitration during his term as president.

For retired Supreme Court Associate Justice Francis Jardeleza, Aquino’s decision to make an arbitration case against China was his most lasting act of service to the Filipino nation.

“We will do him honor by helping our present President, President Duterte and future presidents chart a durable enforcement mechanism by joining the present and future debates on enforcement,” Jardeleza said.

Jardeleza served as Solicitor General under the Aquino administration. He served on the team that defended the country at the Permanent Court of Arbitration. Aquino appointed him to the Supreme Court in 2014.

Honest and lived by the rule of law

“It was a great honor to have served as Ombudsman when he was our President and honesty, integrity and the rule of law guided our government,” retired Supreme Court Associate Justice Conchita Carpio-Morales said in a statement. She was appointed as Ombudsman by Aquino.

Like Carpio-Morales, Supreme Court Associate Justice Alfredo Benjamin Caguioa described Aquino as one who “believed in and lived by the Rule of Law.”

“If there is anything I will remember President Noy for, it was his immense respect for the law. He believed in and lived by the Rule of Law. This is why he always said that if we really believed in democracy, then we have to be patient with democracy–to stand by democracy amidst all the noise and dissent it invites and engenders,” Caguioa said in a statement.

Caguioa, who served as justice secretary under the Aquino administration prior to his stint at the Supreme Court said: “I am very honored to have worked for and with him in his Quixotic quest. I am deeply humbled to have been regarded by Noy as his friend.”

“He was simply the best of us. The best of all of us. Decent and respectful, always mindful of others. He exemplified Lux in Domino. and all that he did was Ad Majorem Dei Gloria (For the greater glory of God.)

For Associate Marvic Leonen, Aquino was a “kind man, driven by a passion to serve our people, diligent in his duties, and with an avid and consuming curiosity about new knowledge and the world in general.”

Aquino and the Supreme Court

For ousted Chief Justice Maria Lourdes Sereno, Aquino has invested in the long-term strengthening of institutions of justice and accountability.

She said she never heard any talk of Aquino asking any favor from any of his appointees in the judiciary.

“He may have been initially so frustrated with the Supreme Court invalidating the Disbursement Acceleration Program (DAP) but eventually he accepted it. He set aside whatever disagreements he had with the judiciary,” she said.

Sereno said Aquino has expressed support for the following program:

(1) increasing the Maintenance and Other Operating Expenses (MOOE) for all trial courts with the goal of lessening their dependence on LGU assistance and increasing their independence; (2) approving the full funding of family courts that had been delayed for more than 15 years; (3) granting the full benefits of court social workers; (3) funding the infrastructure program of the judiciary, including for local halls of justice, the Court of Appeals in Visayas and Mindanao, and the Supreme Court lot acquisition in Taguig; (4) supporting the multiple-year funding requirements for the computerization of the judiciary; and (5) putting the seal of the GoP on judicial reform fund.

Not easy to be President

For Justice Secretary Menardo Guevarra, becoming president of a country like the Philippines did not come easily to him.

“With enormous social, economic, and political challenges is a colossal task. Anyone who accepts this awesome responsibility, like the late President Benigno Aquino III, deserves our utmost respect, admiration and gratitude,” says Guevarra who served as Deputy Executive Secretary under the Aquino administration.