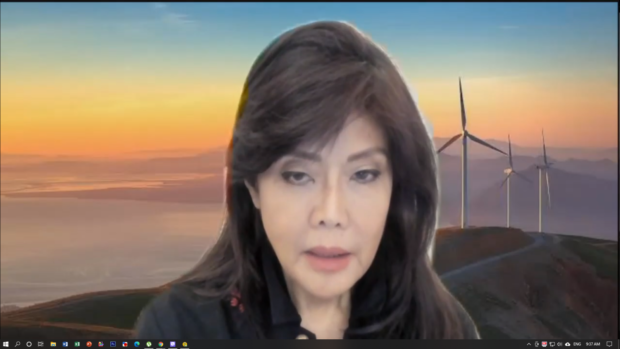 MANILA, Philippines — Senator Imee Marcos on Thursday condoled with the Aquino family over the death of former President Benigno “Noynoy” Aquino, remembering him as a “kind and simple soul.”

“My heartfelt condolences to the family of former President Benigno Aquino III, a ‘classmate’ in Congress from 1998 to 2007,” Marcos said in a statement.

“I will always treasure the memories of our long years together as freshmen legislators and members of a tiny opposition. For beyond politics and much public acrimony, I knew Noynoy the kind and simple soul. He will be deeply missed,” she added.

The Aquinos and Marcoses have been at odds with each other since Noynoy’s father, former Senator Benigno “Ninoy” Aquino Jr., was assassinated during the administration of late strongman Ferdinand Marcos, who later on fell from power and was succeeded by Noynoy’s mother, Corazon C. Aquino, as the nation’s top leader.

Aside from senator Marcos, other legislators also paid tribute to Aquino.

“I am still shattered [into a] million pieces,” Senator Joel Villanueva said in a statement. “The nation lost a leader, and I, a friend. But he was more than that. He was a mentor, a brother to me.”

Villanueva remembered Aquino as someone who “believed in the great talents of our youth” that are just “waiting to be unlocked if given good training, the right breaks, and inspiring success stories.”

“If I was TESDA (Technical Education and Skills Development Authority) MAN, he was the TESDA Godfather,” he added.

“By ordering that they be trained, he invested in their dreams,” Villanueva further said.

Senator Richard Gordon, for his part, said he was “deeply saddened” by the demise of the former president.

“President Aquino and I may not have agreed on some issues, but we both have the same dream of making our country great and believe that as a nation, we should assert and defend our sovereignty over what is rightfully ours,” Gordon added.

It was during the Aquino administration that the Philippines filed an arbitration case before the United Nations-backed Permanent Court of Arbitration in The Hague, Netherlands, against China’s expansive claim in the South China Sea.

The court ruled in favor of the Philippines in its landmark decision in July 2016.

Senator Cynthia Villar, for her part, believes Aquino’s legacy, similar to his parents, will be “an important part of Philippine history.”

“I have only fond memories of working with him during his term as President,” she also said. She recalled Aquino calling her “Ma’am Cynthia” when her husband, Manny, was the House speaker.

“He was a profile of courage, a man of convictions. When politics clashed with the principles he held dear, he would choose the latter, even at the expense of friendships and alliances a leader must maintain in order to govern,” Recto said.

“He did not treat his office as theatre, where he was obliged to make grand gestures to incite his base or distract them from his mistakes…He took care of his country during his watch,” he added.

Senator Grace Poe likewise paid tribute to Aquino, thanking him for his legacy and service to the country.

For Senate Majority Leader Juan Miguel Zubiri, the country lost a “dedicated leader” with the passing of Aquino. Zubiri said he and Aquino entered the House of Representatives and the Senate at the same time—in 1998 and 2007, respectively.

“Through his time as Congressman, as Senator, and eventually as President, he was able to balance the weight of being an Aquino—carrying all the history of the name, and all the expectations that came with it—while also carving a path for himself,” Zubiri said.