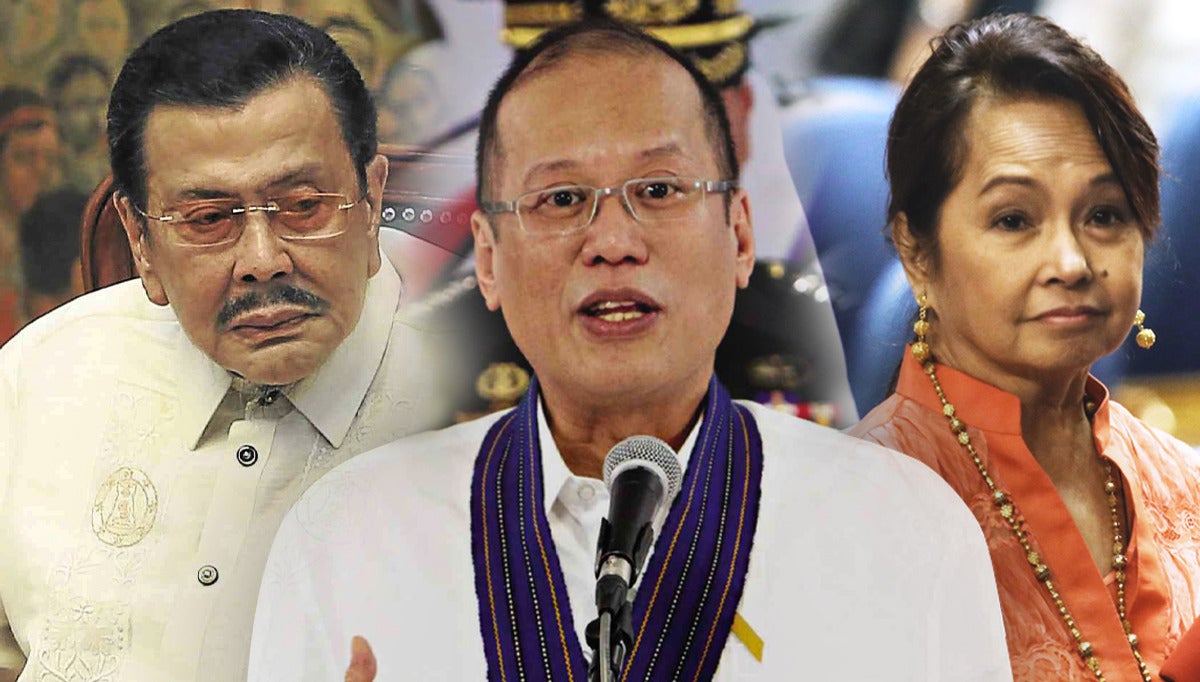 Macapagal-Arroyo said that aside from Aquino’s own achievements, he will also be remembered as part of the Aquino family that “has contributed three important people to the history of our nation.”

“My family and I join the Filipino people in prayers and sympathy on the passing of former President Benigno Aquino III,” Macapagal-Arroyo said in a statement.

“Aside from his own achievements, he will be remembered as part of the Aquino family that has contributed three important people to the history of our nation, Senator Ninoy Aquino and our 11th and 15th presidents, Cory and Noynoy Aquino,” she added.

Estrada, meanwhile, said he was saddened by Aquino’s passing and offered prayers to the Aquino family.

Estrada was the 13th president of the country, followed by Macapagal-Arroyo and Aquino.

Read Next
Over 2 million in England may have had long COVID, study finds
EDITORS' PICK
Karding damage to infrastructure at P23M
Bongbong Marcos says PH ‘open for business’ with new Clark Airport terminal
Sierra Madre stands up to Karding, but needs protection vs the humans it saves
Reignite your passion with the vivo Y35
House energy committee chair Arroyo bats for cheap electricity
UNFPA Philippines Career Opportunities
MOST READ
Badoy not with Office of the President, NTF-Elcac, under Marcos admin — solon
Angelica Panganiban ‘duguan, sugatang mom’ one week into breastfeeding
Maja Salvador to star in new ABS-CBN TV series with Richard Gutierrez
Kris Aquino offers help for Lolit Solis’ dialysis needs amid her own illnesses
Don't miss out on the latest news and information.