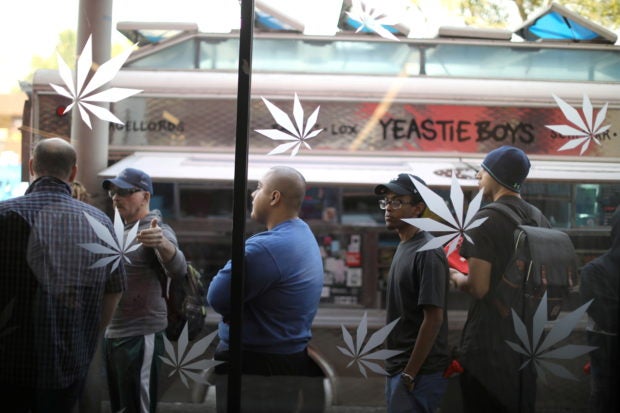 Connecticut on Tuesday joined 17 other U.S. states in legalizing adult recreational use of marijuana as Governor Ned Lamont signed a bill that he said would also help heal economic scars left by the war on drugs.

The marijuana measure, which takes effect on July 1, would automatically erase many criminal convictions and would set up a regulatory structure that would direct opportunities and revenue toward communities hard-hit by its prohibition.

“For decades, the war on cannabis caused injustices and created disparities while doing little to protect public health and safety,” Lamont said in a statement.

Parts of the measure largely mirror a legalization bill signed by New York Governor Andrew Cuomo in March, which required that largely non-white communities that bore the brunt of drug enforcement efforts get a share of marijuana sales licenses and a share of the tax money it generates.

Noting that some surrounding states had already legalized recreational use of the drug, Lamont said, “we’re not only effectively modernizing our laws and addressing inequities, we’re keeping Connecticut economically competitive.”

Marijuana has been legally available for sale in neighboring Massachusetts for more than two years.

“Regulating cannabis, rather than criminalizing it, has proven to be a superior public policy – which is why more and more states are rapidly moving in this direction,” Paul Armentano, deputy director of NORMAL, which advocates for abolition of marijuana laws, said in a statement.

The legalization movement has gained momentum this year as five state legislatures, including Connecticut’s, have approved the drug’s recreational use, most recently in Virginia, where the law also takes effect on July 1.

Connecticut, whose law allows for personal cultivation of marijuana plants in 2023, becomes the 18th state to approve legalization. Voters in a 19th state, South Dakota, approved legalization last year, but a legal challenge to the measure is now pending before the state Supreme Court.

Marijuana, which remains prohibited by federal law, has been approved for medical use in 36 states, including Connecticut.