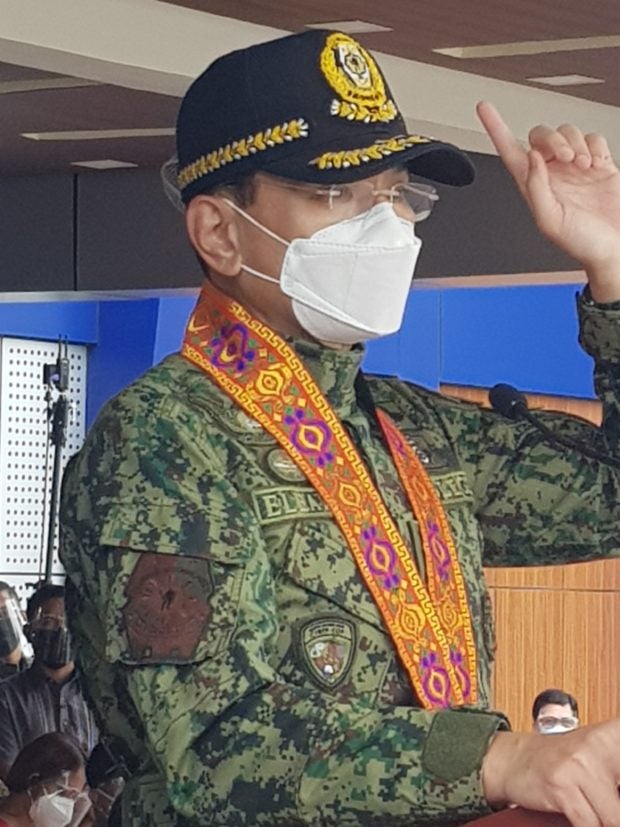 He said the 192 body cameras had been issued to the 12 city police stations in Central Luzon.

“Because we have only 2,696 body camera units, only city police stations all over the country were given. Here in Central Luzon, each of the 12 city police stations received 16 units. For every 16 units, four are capable of live streaming, and the remaining 12 can record operations,” the PNP chief said.

Eleazar said the footage captured by body cameras could not be tampered with.

“The data go directly and simultaneously to three destinations – the police station, the command center in Camp Crame, and the private database warehouse being hired by the PNP,” he said.

He said the body cameras would not only protect the citizens from police abuses but would also protect law enforcers from false accusations.

The national police chief also disclosed that some private institutions and local government units (LGUs) in different parts of the country have signified their willingness to donate body cameras to the PNP.

He said the body camera system is already in place but the PNP still needs at least 30,000 more body camera units.

“There are private institutions and some local government units that expressed willingness to donate cameras,” he said.

Eleazar, however, clarified that private institutions and LGUs could not just buy body cameras and donate them to the PNP.

He said the body cameras need to be compatible with the PNP’s existing body camera system in terms of hardware, software, and connectivity.

The PNP is in talks with the would-be donors about the technicalities.

“So if there are more LGUS that are interested in donating body camera units to the PNP, we will put in place related guidelines so that the body cameras will match and be compatible with the system that we already bought,” he said.