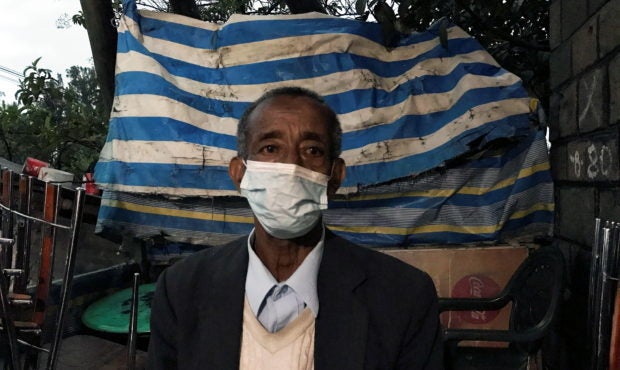 ADDIS ABABA — Before unemployed laborer Ayalew Wedajo voted in Monday’s Ethiopian election, he prayed for the soul of his eldest son Getinet, killed in a pro-democracy demonstration 16 years ago.

Rigging and repression marred most previous votes – except in 2005, when the opposition swept the capital and won an unprecedented 147 out of 547 parliamentary seats.

But then a crackdown on protests over disputed results killed hundreds – including Getinet – and tens of thousands of people were arrested. Some opposition legislators boycotted parliament in protest.

“The blood that was spilled in the 2005 election, let that be enough. The children who died then, let them be enough,” Ayalew told Reuters as he prepared to vote.

Aged 60, Ayalew was born during the reign of Emperor Haile Selassie, last of a line of kings who traced their blood to the Biblical King Solomon. He remembers streets filled with soldiers and helicopters flying low during the military coup that ousted the emperor in 1974.

A brutal Marxist regime ruled until 1991, when Ayalew and his neighbors spilled out of their homes to welcome rebels – spearheaded by fighters from the northern Tigray region.

Those fighters – the Tigray People’s Liberation Front – seized power and dominated a national coalition that ruled with an iron fist for nearly three decades. That was the government in power when Ayalew’s son was killed.

But years of increasingly bloody anti-government protests finally forced the prime minister to resign in 2018.

Appointed by the ruling coalition to succeed him, Abiy unbanned many political parties and gave some former political prisoners prominent positions in government. Tens of thousands of prisoners were released.

Some opposition parties say those freedoms are now being rolled back – something the government denies.

In parts of Ethiopia, the election has been delayed – by a war in Tigray and by ethnic violence elsewhere.

Opposition parties in the most populous province, Oromiya, allege intimidation by regional security forces and are boycotting the polls. Government officials did not return calls seeking comment about the allegations of intimidation.

“There are a lot of parties, and at least they are able to speak honestly. That’s new,” Ayalew said.

“The most important issue for me is democracy … after that, I’m sure the economy will grow. But first we need to be free.”