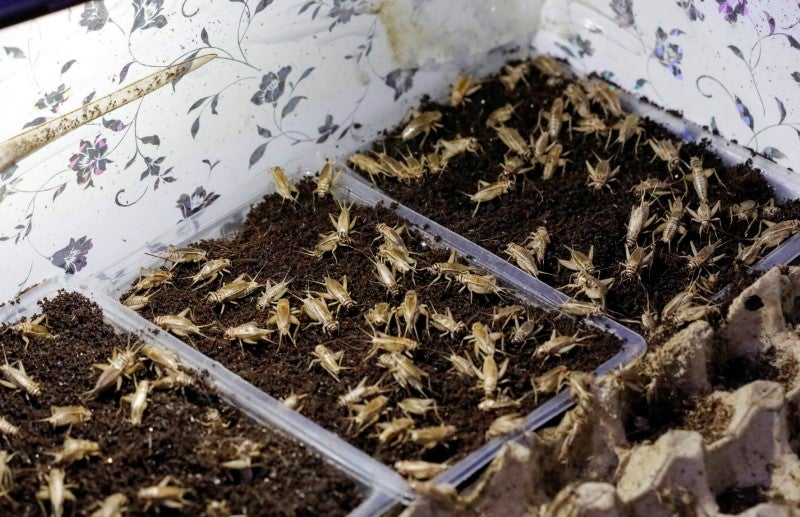 BISHKEK  – With one eye on the lucrative Chinese market just across the border, an entrepreneur has launched Kyrgyzstan’s first cricket farm and is producing high-protein insect flour and fried cricket snacks.

Accompanied by loud chirping from his one tonne of crickets at the farm, Adyl Gaparov said his idea was inspired by online articles about breeding crickets.

“Our main business is producing cricket flour with high protein content,” Gaparov said. “Our flour contains no less than 70% of protein and many micro and macro elements.”

Gaparov has about one tonne (2,200 pounds) of live crickets at his farm, but he says serious business such as shipments to China starts with at least five-tonne cargoes. He is offering flour for sale at 7,000 soms ($82) per kilogram.

“We are in talks with several companies that are looking to procure large quantities of powder – which we cannot produce at the moment – to make sports protein bars, for example, for athletes and for people trying to lose weight,” he says.

Gaparov says that to thrive, crickets need above all a stable temperature above 30 degrees and minimal humidity.

“In this regard, Kyrgyzstan is ideally suited for cricket farming. We can open such farms literally in every province and export the produce,” he says. “China consumes 30,000 tonnes of insects a year, but only produces 20,000 tonnes.”

Despite the abundance of guides and manuals online, Gaparov says he had to learn through trial and error.

“Over half a year, there were three cases where we lost a whole generation overnight,” he says.

While he grows his swarm and builds up cricket flour stocks, Gaparov also sells deep-fried insects as a beer snack.

“We add some spices and flavorings,” he says.