Baguio tourism picks up with visitors from Metro 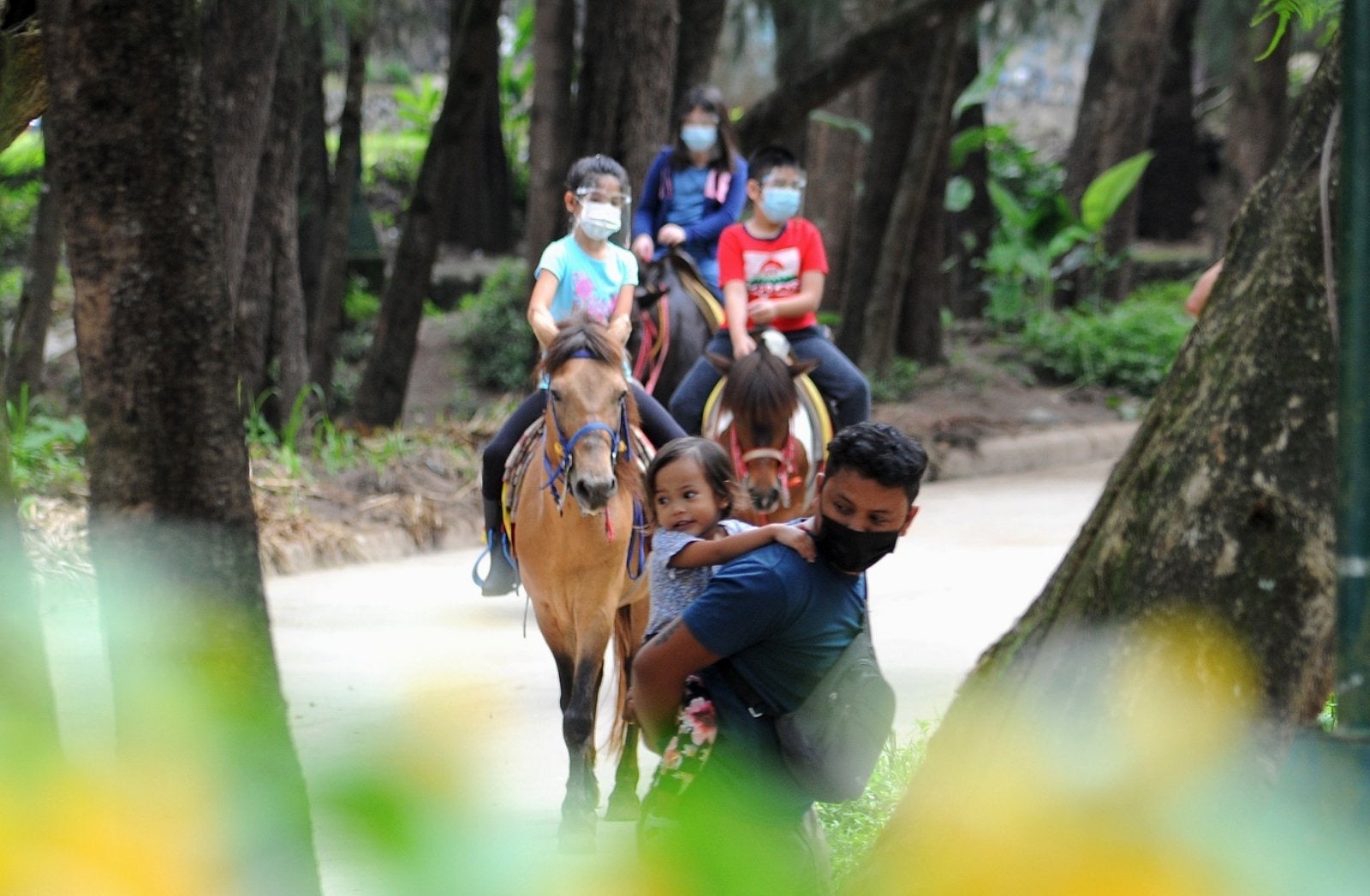 DAD’S TREAT A father gives his daughter a piggyback ride as young children like her are discouraged to ride a horse at the riding circle in Baguio City’s Wright Park. Tourists, among them families, are slowly returning to the summer capital due to the easing of travel requirements starting last month. —EV ESPIRITU

BAGUIO CITY — More than 4,000 leisure travelers, mostly from Metro Manila and the nearby provinces of Bulacan, Cavite, Rizal and Laguna, have booked 50 percent of available rooms in big hotels here for the first two weeks of June, an official said.

City tourism officer Aloysius Mapalo said the number of tourists increased from only 500 visitors in April to 2,169 in May.

Baguio, which remains under a general community quarantine (GCQ), had zero tourists from March 28 to April 4. But 1,400 tourists were recorded from June 1 to June 6, and 2,978 guests from June 7 to June 15, Mapalo said at a press briefing. GCQ is the second least restrictive quarantine classification.

The latest tourist arrivals, however, were barely 20 percent of Baguio’s prepandemic figures for the same period and were not enough to fill up 70 hotels, and 374 transient and homestay facilities that were allowed to operate in the city, he said.

According to Mapalo, the figures established that the city’s traditional markets remained to be Metro Manila and the four provinces in Central Luzon and Calabarzon regions, which compose the National Capital Region Plus containment bubble. This area was locked down during Baguio’s peak tourist season from March to April.

“But looking at the numbers, a lot of people are still itching to travel in spite of the rains. I have seen tourists enjoying the rains in Baguio,” he said.

‘Bubble’ burstMapalo said local tourism had not benefited substantially from the “Summit and Sea” travel bubble between Baguio and San Fernando City in La Union province, which was launched on May 9.

“There are some technical issues with San Fernando. The aim is for both cities to have unified health and border protocols but it has to comply as well with the requirements of the La Union provincial government,” he said.

La Union, he said, is stricter because it takes into account the province’s health-care capacity to address COVID-19.

Among the unresolved issues is the required COVID-19 swab tests at the border.

Baguio has been granted permission to provide the rapid antigen test, which has been subsidized by the Tourism Promotions Board at P350 per test to keep costs down, Mapalo said.

Bataan tourists barredIn Zambales province, tourism officials have suspended leisure travel for tourists coming from nearby Bataan, which reverted to a stricter modified enhanced community quarantine (MECQ), the second most restrictive form of quarantine in the country.

Only essential travels will be allowed between Bataan and Zambales, including Subic Bay Freeport.

Bataan had seen a surge in COVID-19 cases early this month, which was the basis of the Inter-Agency Task Force for the Management of Emerging Infectious Diseases to place it on MECQ until June 30. It was previously under a modified GCQ, the least restrictive quarantine classification.

As of Wednesday, Bataan had 1,323 active COVID-19 cases. The province recorded 9,924 infections since last year, with 319 deaths. —WITH A REPORT FROM JOANNA ROSE AGLIBOT INQ