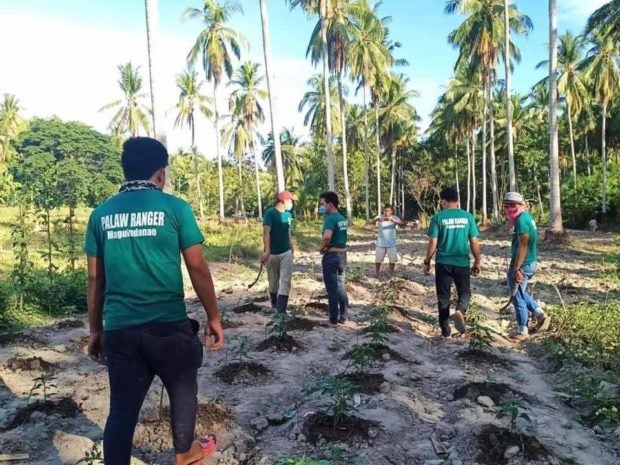 FOOD SECURITY Former combatants of the Moro Islamic Liberation Front are now at the forefront of helping ensure food security in the Bangsamoro region through the survival gardens they cultivate.—PHOTO COURTESY OF THE BARMM ENVIRONMENT MINISTRY

MANILA, Philippines — Discussions about extending the term of the Bangsamoro Transition Authority (BTA) should be based solely on the Bangsamoro Organic Law, which established the autonomous region, a ranking official said.

This would come at the expense of the Moro National Liberation Front (MNLF)  losing seats of representation.

“It is about ensuring the successful implementation of the Bangsamoro peace process,” Ebrahim clarified.

Calls for an extension of the BTA’s term started in 2020, as the COVID-19 pandemic paralyzed several government services with most authorities focusing on the health crisis and economic downturn at hand.

This call has gained supporters from several sectors who have attested that the BTA’s hands are tied as solving the pandemic came first — therefore relegating some of the BARMM’s programs.

However, the calls for an extension were also marred by several controversies. Last May, hundreds marched along the streets of Zamboanga City in Zamboanga del Sur as they believe that the MNLF was being sidelined in the discussion.

Then, senators slammed circulating “fake” information that Christian settlers in Mindanao were losing representation to the BTA under SB No. 2214.

It appears, however, that differences in the Senate and House versions of the bill extending the BTA terms would be ironed out after Malacañang hosted a meeting between Congress leaders to clarify matters.

A ranking BARMM official who asked not to be named said that the consensus among senators was to align the proposed measure with the Bangsamoro Organic Law.

“There was a consensus among senators to bring the issue back to the language of the original BOL with only the date of election to be changed to veer the issue off political controversy,” the official said.