Koko to partymates who support bets outside PDP-Laban: Just leave the group 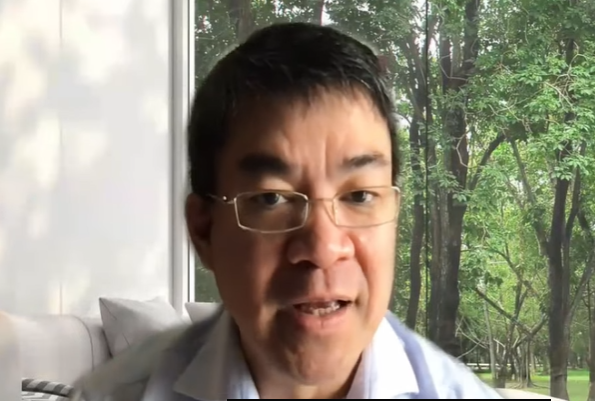 MANILA, Philippines—PDP-Laban members supporting another personality outside the group should just leave the party and follow their “idol,” Senator Aquilino ‘Koko” Pimentel said on Wednesday.

And if they love PDP-Laban, he said, they should believe that it has “sufficient talented people” who could lead the country and continue the programs of government based on the party ideology.

PDP-Laban is currently being chaired by President Rodrigo Duterte.

(Let’s not look outside the party as if there’s no love, no loyalty for your own party so you better join other party or the personality that you believe in and support.)

(Don’t make your first political decision is to look outside the party. Just leave the party then you join your idol wherever he or she is. If you have an idol outside the party and you’re personality-based, then just go there. Why choose to stay in ideological-based party?)

The senator then lamented the seeming lack of support for Senator Manny Pacquiao, who is up for re-election in 2022 and is also being floated as possible candidate for president next year.

Pacquiao is acting president of PDP-Laban.

(I don’t understand, how come it seems they are refusing him. Senator Manny Pacquiao is prominent in the party. Why?)

“He’s for sure our candidate for a national position. Kung tunay kaming partymates nagtutulungan dapat kami. That’s the very simply way of helping a partymate giving him the exposure through the party.”

(He’s for sure our candidate for a national position. If we are really partymates, we should help each other. That’s the very simple way of helping a partymate giving him the exposure through the party.)

Pacquiao has not announced yet his plans for 2022 but Pimentel believes the world boxing champion is still “consulting God” before making any decision.

(Let’s wait for him to decide and knowing the personality of Senator Pacquiao, he’s consulting God. I’m sure he’s having a conversation with God about his future plans. So we can’t second-guess him, so let’s wait for it.)