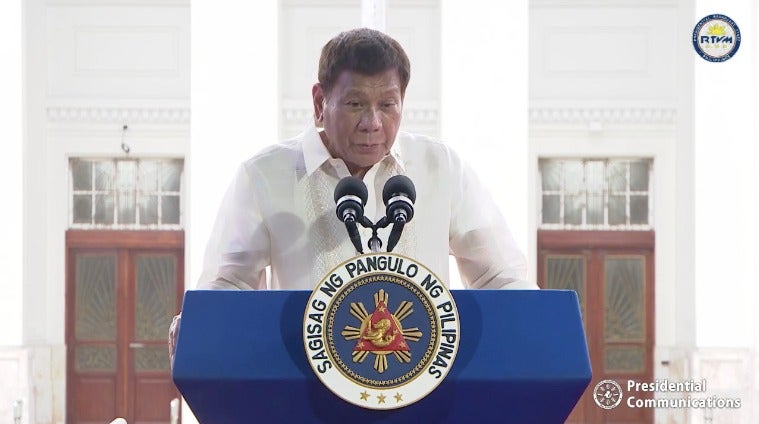 MANILA, Philippines — President Rodrigo Duterte will be meeting with the two leaders of Congress to discuss the fate of the first regular elections in the Bangsamoro Autonomous Region of Muslim Mindanao (BARMM), Senate President Vicente Sotto III said Wednesday.

“We have a meeting tonight, I’m meeting with the President and [House] Speaker [Lord Allan] Velasco tonight…The meeting that the President called is about the BARMM elections,” Sotto told INQUIRER.net in an INQside Look interview.

“Kung ipo-postpone o hindi (If it will be postponed or not),” he added when asked what would be discussed during the meeting.

A bill seeking to postpone for three years the BARMM elections scheduled in 2022 is awaiting Senate approval while the version of the measure remains pending at the committee level in the House of Representatives.

“Right now in the Senate, it’s on the floor. It’s on second reading.  I think we are ready to vote unless there are few more interpellations but we’re ready to vote,” he added.

According to Sotto, some BARMM officials and local government officials from Mindanao have asked for an audience with the President two to three months ago about the BARMM elections.

“Pinakinggan niya (Duterte) parehong side and then nung tinitignan niya kami he said, his statement was, ‘Sige, I’ll think about it’ sabi niya, kasi they were asking what his opinion was and what his decision is,” the Senate president said.

(He listened to both sides and then when he looked at us, he said, his statement was ‘Alright, I’ll think about it,’ he said, because they were asking him what his opinion was and what his decision is.)

“He said ‘I’ll have the Senate President and the Speaker talk to me about it, we’ll discuss it among us. ‘That was his last word on it, and that was a few months ago. Ngayon biglang tumatawag, siguro, he might be saying something in the SONA about it,” Sotto added.

(He said ‘I’ll have the Senate president and the Speaker talk to me about it, we’ll discuss it among us. ‘That was his last word on it, and that was a few months ago, Now, he suddenly called for a meeting, I think, he might be saying something in the SONA about it.)

In rescheduling the BARMM elections, the Bangsamoro Transition Authority (BTA) will be given more time to perform its mandate considering that the pandemic posed “significant challenges” on the accomplishment of its priority programs and projects, Senator Francis Tolentino, chairman of the Senate local government panel, said when he sponsored the measure on the floor last May.

“The global pandemic we are facing has posed significant challenges on the accomplishment of the priority programs and projects of the BTA, as it has for the national government as a whole,” he added.

“Development projects had to take a back seat to the formulation and implementation of an effective response to the global health crisis,” he further said.

Congress is currently on sine die adjournment and will resume in July.