Next Manila archbishop to receive insignia in home province of Capiz 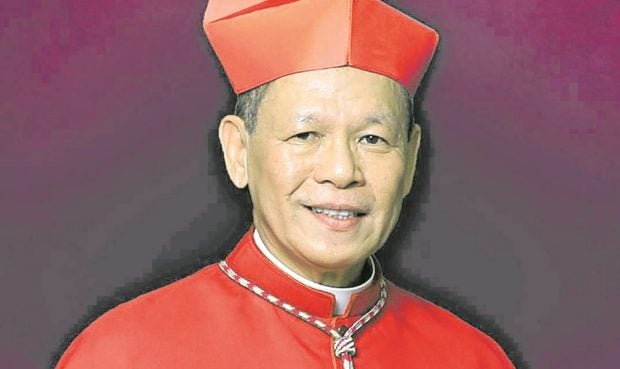 MANILA, Philippines — Due to the COVID-19 pandemic, the historic preinstallation rites for Cardinal Jose Advincula, archbishop-elect of Manila, will be held with a limited audience in Roxas City in his home province of Capiz on Friday.

For the first time in the Philippines, the Catholic Church will present Advincula’s insignia in his home country instead of the ceremony held at the Vatican, according to the Capiz archdiocesan commission on social communications and mass media.

The rites to be held at 3:30 p.m. at the Immaculate Conception Metropolitan Cathedral in Roxas City will be led by apostolic nuncio to the Philippines Charles Brown.

“In observance of the health protocols to prevent the spread of COVID-19 virus, attendance to the event will be per invitation and will be strictly limited,” according to an announcement of Fr. Dedert Duarte, chancellor of the Archdiocese of Capiz.

The faithful have been encouraged to watch the ceremony through livestream on the Facebook page of the archdiocese.

The rites will include the bestowing of the red biretta, a hat worn by cardinals, which signifies Advincula’s “readiness to act with courage even to the shedding of own blood” for the Christian faith and for the “freedom and growth” of the Catholic Church.

During the rites, Advincula will also be given the cardinal ring symbolizing fidelity to the Church. He will also be assigned a titular church in the Diocese of Rome in Italy.

Advincula, 69, will also celebrate a thanksgiving Mass. The rites were supposed to be held on June 8 but were postponed due to health protocols.

Advincula, the ninth Filipino cardinal and the first from Capiz, will be installed as archbishop of Manila on June 24.

Pope Francis appointed Advincula together with 12 new cardinals around the world in October last year.

A native of Dumalag town in Capiz, Advincula has been serving as archbishop of Capiz since 2011. He is among four living Filipino cardinals that include Gaudencio Rosales, Orlando Quevedo, and Luis Antonio Tagle.