Robredo urges supporters: Don’t think we’re the only ones who are good | Inquirer News 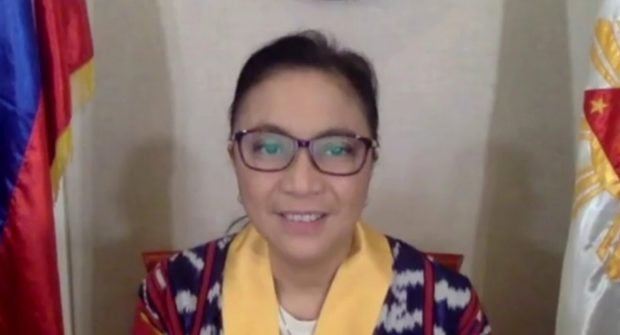 Vice President Leni Robredo, shown here presenting to Senate the proposed budget of the Office of the Vice President.  (File photo taken from a video by the Senate Public Relations and Information Bureau)

MANILA, Philippines— Vice President Leni Robredo called for unity among her supporters but urged them not to exclude others simply because they have different political ideas.

“But it’s just my view, and I want to tell our supporters, that we can’t do this on our own,” Robredo said in Filipino in “BISErbisyong LENI,” her Sunday show on AM radio DZXL.

Robredo made these remarks a day after 1Sambayan named her as one of the choices to run against the administration’s candidate for the presidency in 2022.

READ: 1Sambayan names 6 choices to pit vs Duterte’s anointed in 2022

“I thank the organizers of 1Sambayan because they came forward to try to unite the people,” Robredo said.

“But for me, I hope — and this is not only for 1Sambayan but for all my supporters—  that they would not say that, just because others have different beliefs, then they are bad. It should not be like that,” she said.

“We should understand why others believe what they believe because if we don’t understand them we will not have unity,” she added.