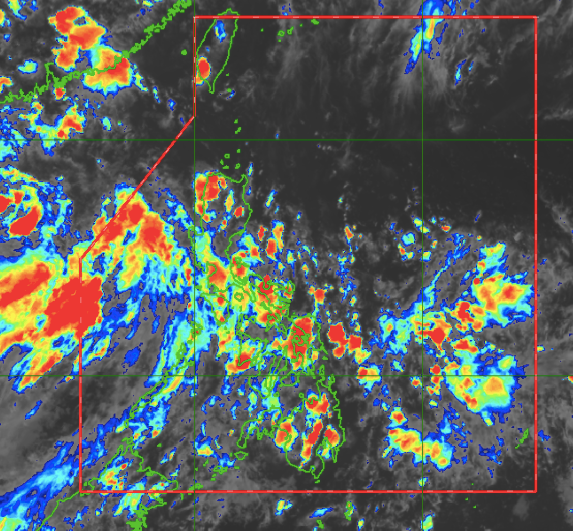 MANILA, Philippines — While the southwest monsoon or Habagat still brings cloudy skies and rains across the country, state meteorologists expect it to weaken in the coming days and affect only the western side of Luzon.

Weather reports from the Philippine Atmospheric, Geophysical and Astronomical Services Administration (Pagasa) on Friday afternoon showed that the wind pattern might change from southwesterly to easterly — thus weakening the effects habagat.

(We can see over our satellite imagery that there are still cloud bands over the West Philippine Sea, which indicates that the southwest monsoon still affects the country.)

(But for the next few days, we expect it to slightly weaken as wind patterns may shift to the left or move to the west, which would only have a minimal effect on western provinces in Luzon.)

Pagasa said that no weather disturbances or tropical cyclones are expected in the next three days despite the rain and the monsoon trough.

For Saturday, June 12, or Independence Day, rains are still expected over the westernmost provinces of Luzon, including Palawan, Zambales, and Bataan, while the rest of the regions would have better weather conditions.

This means Tagaytay and Puerto Princesa would have lower temperatures, hovering around 22 to 30 degrees Celsius and 25 to 31 degrees, respectively, compared to Metro Manila’s 25 to 33 degrees, Laoag’s 24 to 32 degrees, Legazpi’s 25 to 32 degrees, and Tuguegarao’s 25 to 36 degrees.

Still, there would be a high chance of thunderstorms in those areas, especially by afternoon and night.

As of now, no gale warning has been raised in any part of the country’s waters, even if the southwest monsoon’s cloud bands affect various seaboards.