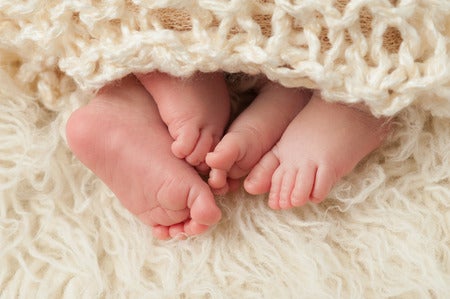 A South African woman recently delivered 10 babies in a single birth and is now being considered by the Guinness World Records for a title.

Gosiame Thamara Sithole, 37, gave birth to her decuplets in Pretoria on June 7, as per an exclusive report from Pretoria News the next day.

Doctors earlier detected only eight infants in Sithole’s womb, but learned that she actually had 10 babies when she delivered via Caesarean section.

Sithole previously disclosed that she had never taken fertility treatment and that her pregnancy was natural, according to the report. Aside from her decuplets, she also has 6-year-old twins.

Teboho Tsotetsi, meanwhile, told the outlet that his wife gave birth to their 10 babies after 29 weeks into her pregnancy.

“It’s seven boys and three girls. She was seven months and seven days pregnant. I am happy. I am emotional. I can’t talk much. Let’s talk again in the morning please,” Tsotetsi was quoted as saying.

Last month, when she still thought that she was giving birth to octuplets, Sithole told the same publication, “It was tough at the beginning.”

“I was sick. It was hard for me. It’s still tough but I am used to it now. I don’t feel the pain anymore, but it’s still a bit tough. I just pray for God to help me deliver all my children in a healthy condition, and for me and my children to come out alive. I would be pleased about it,” Sithole was quoted as saying then.

With her decuplets, Sithole is expected to claim the World Record title from Halima Cissé of Morocco, who gave birth to nine children just last month.

Nigeria town celebrates claim as ‘twins capital’ of the world

WATCH: Teen with longest hair in the world gets it cut after 12 years