Another mall guard in Bulacan returns wallet with P46K 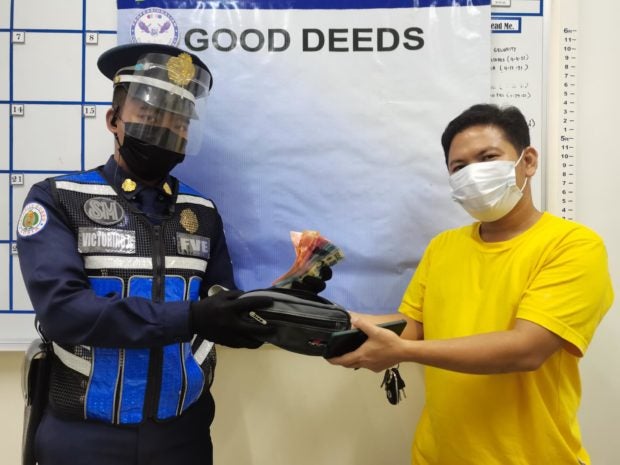 PULILAN, Bulacan –– A mall security guard here received a commendation from his employers for returning a customer’s wallet containing P46,798.

SM Center Pulilan security personnel Rodel Victorino was on duty in the parking lot on June 5 when he noticed a wallet left on the ground.

When he checked, the wallet had several identification cards and cash.

He then immediately brought it to the mall’s Customer Relations Service.

Based on the IDs, the wallet is owned by Cristan Parajas from Sta. Maria, Bulacan.

Veronica Cunan, SM Center Pulilan press relations officer, said Victorino was commended by the mall management and his security agency for his honesty and dedication to his work.

Cunan said Victorino was not tempted to take the cash that he accidentally found.

In May 2020, Reynold Gumarang another SM Center Pulilan also returned a wallet containing P36,431 he found while also on duty.

Both of them, Cunan said, were praised on social media.