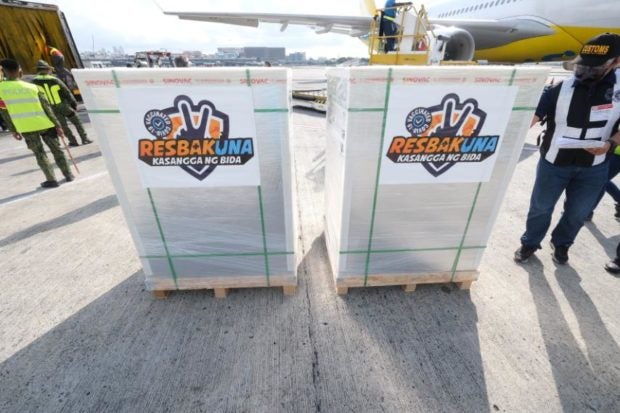 One million of which will be from China’s Sinovac BioTech vaccines, CoronaVac, which will be intended for the A4 priority group of the government’s vaccination program.

He apologized to local government units (LGU) for the lack of vaccine supply, pointing out that the delivery of three million vaccine doses was slightly delayed due to logistical challenges.

(I ask for the patience of LGUs because the 3 million doses intended for A4 priority group was delayed.)

(We were supposed to get seven million doses in May but we only got 4.5 million. The remaining three million will come in June, so it has been delayed for only two weeks.)

The Antipolo city government earlier reported that it had to halt its COVID-19 vaccinations due to the lack of vaccine supply.

Bukod sa A1, A2 at A3, MALAPIT NA din daw payagan ang A4 simulan … pero wala namang bakunang dumarating 😭May…

“Bukod sa A1, A2 at A3, MALAPIT NA din daw payagan ang A4 simulan … pero wala namang bakunang dumarating,” the government said in a Facebook post on June 6.