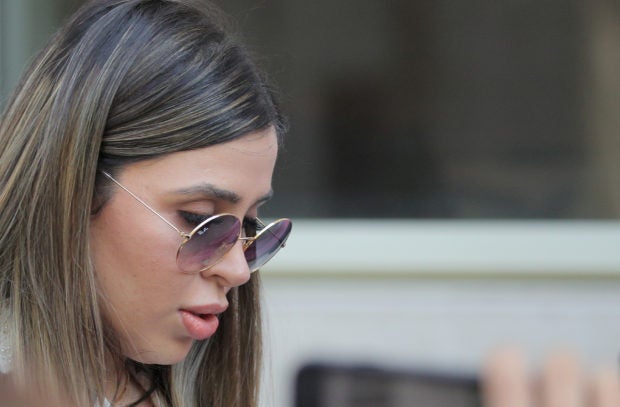 The Times, citing an unnamed person familiar with the case, reported that Coronel would appear in Federal District Court in Washington on Thursday morning to enter her plea.

Her plea agreement will not require her to cooperate with U.S. authorities or provide information about her husband’s allies, business partners or relatives, the Times reports.

Reuters could not immediately confirm the report. A spokesman for the U.S. Department of Justice declined to comment, and the Drug Enforcement Administration had no immediate comment. Lawyers for Coronel did not respond to requests for comment.

Prosecutors accused her of working with her husband in running the drug cartel and conspiring in his infamous July 2015 escape from Mexico’s Altiplano prison through a mile-long tunnel dug from his cell.

After a high-profile trial in a federal court in Brooklyn, New York, Guzman, 63, was convicted in February 2019 of masterminding a multibillion dollar drug enterprise. He was sentenced to life in prison plus 30 years and incarcerated in the federal Supermax prison in Florence, Colorado.

Coronel, a dual U.S.-Mexico citizen, married Guzman in 2007 at age 18. The couple has twin daughters.

In 2019, Coronel launched a clothing brand in the United States and she also appeared in a U.S. reality show about mafia families.