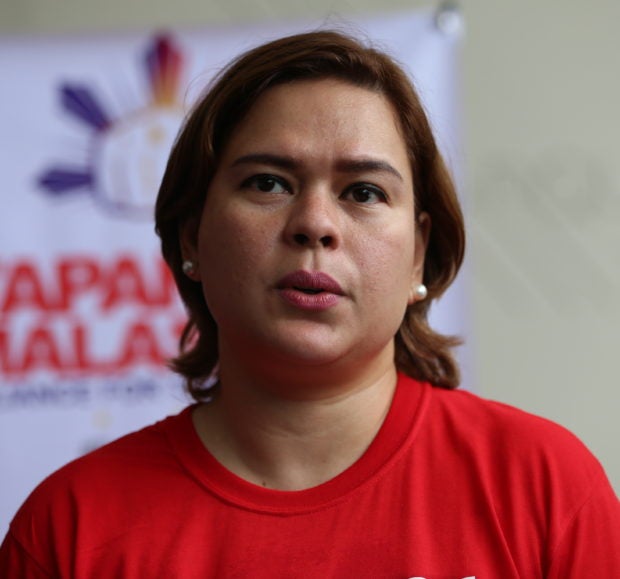 CEBU CITY —Mayor Edgardo Labella has ordered an investigation on a gathering that calls for Presidential daughter Sara Duterte to run in next year’s presidential elections.

According to Labella, he received reports that the launching of the “Du30 Pa Rin” movement in the Visayas attracted throngs of people at a Cebu City hotel, some of whom did not wear face masks.

“We need to look into it, especially that President Duterte himself strongly prohibits mass gatherings and other violations of the health protocols to prevent the spread of the virus,” he told reporters.

Labella, who’ll be on medical leave for three weeks starting June 9, said he doesn’t know the details of the incident just yet.

Niño “Bonito” Padilla, the national secretary-general of the Du30 Pa Rin movement, welcomed the probe conducted by the Cebu City government just to get the truth out.

In a phone interview on Tuesday, Padilla said they did not violate any health protocol during the event.

He said the venue, which has a capacity of 1,000 people, was allowed to accommodate 500 individuals in compliance with the directives of the Inter-Agency Task Force (IATF) for the Management of Emerging Infectious Diseases for areas under modified general community quarantine like Cebu City.

“Actually, only around 250 persons attended our event. So that’s within the bounds of [the] law,” he told the Inquirer.

Padilla said that while photos of the event showed some people not wearing face masks, it was only for a few minutes when they had their photo ops.

“In fact, the event’s host kept on repeating the need for participants to follow the health protocols,” he said.

“We are very careful not to breach any protocol. The hotel was also so strict in ensuring that no mass gathering happened,” he added.

Based on Cebu City Ordinance 2566, those who violate mass gatherings and other COVID-19 health protocols will have to pay a fine of P500 for each individual participating in the event.

In February 2021, Cebu City officials ordered the “Run Sara Run” tarpaulins placed in some parts of the city removed.

Labella, an ally of President Duterte, said the streamers should be taken down since these did not have permits from the city government.

Florante Catalan, chief of the city building office, said he also had not received any application to put these up on walkways in the city.

Catalan ordered the removal of the streamers from a group calling itself “Friends of Sara Cebu.”