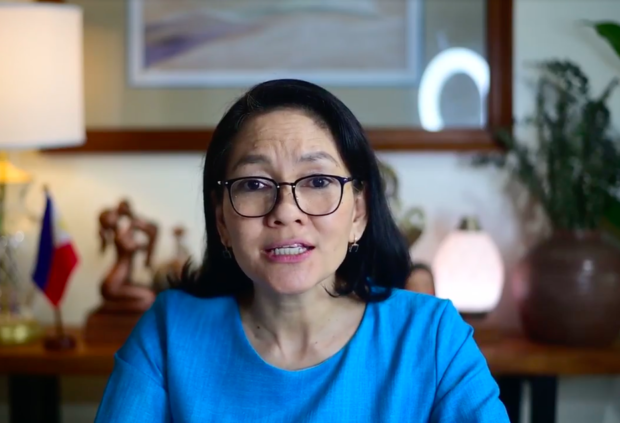 MANILA, Philippines — Senator Risa Hontiveros on Tuesday urged the Department of National Defense (DND) to look into a proposal that seeks to restructure the Armed Forces of the Philippines (AFP) in the hopes of increasing the Philippine’s maritime defense.

Citing Dr. Clarita Carlos, University of the Philippines professor and former National Defense College of the Philippines President, Hontiveros said that our current armed forces is configured for a continental rather than an archipelagic country.

“Our armed forces primarily consist of land forces. While we still do have internal security threats on land, I think there is no harm in studying how we can better equip our maritime forces, especially since China is not leaving our waters,” Hontiveros said in a statement.

(The threat of China is getting larger in our waters, so we need to be ready for any implications of these to  our future.)

Hontiveros noted that the Philippine Marine Corps is getting insufficient budget support to procure equipment to help in its defense of Philippine seas.

(At a time when China is not stopping in placing their ships, building militarized islands, and shooing away our own fishermen, we cannot go on without a defense. We have filed numerous diplomatic protests but they are not listening.)

In March, the Philippines increased its presence at the Julian Felipe Reef in the West Philippine Sea amid China’s incursions in the area.

Back then, Defense Secretary Delfin Lorenzana vowed that more ships would patrol the West Philippine Sea, as he repeated his demand that China withdraw its fleet there immediately.

Read Next
US report concluded COVID-19 may have leaked from Wuhan lab — WSJ
EDITORS' PICK
Want to help local farmers? Shop small and eat Real Food
Manila is 78th most expensive city in the world for foreign workers
ICC is everything but a court of ‘white people’
Garcia softens stance, meets IATF halfway on swab-upon-arrival policy
Piolo Pascual: The Ultimate Heartthrob continues to level up
TeaM Energy pushes development programs to help in pandemic rebound
MOST READ
Sharon Cuneta on living in the US: ‘Nagagawa ko lahat ng normal na bagay’
ICC is everything but a court of ‘white people’
Duterte-Duterte tandem possible but ‘winnability is another question’ — Binay
More than 150,000 voters wiped off the registration list – Comelec
Don't miss out on the latest news and information.